Au Pairs Volunteer With the Peace Train 2016 Tour Across America

Au pairs volunteered their time and enjoyed an incredible event.

Au Pair USA participants volunteered at a powerful concert at Liberty State Park to support students from across the country who sang and performed at The Peace Train 2016 Tour Across America. The volunteers helped to organize the students and worked to feed them during their time in the NYC area.

The Peace Train is a multicultural, 100-voice youth choir from South Africa.

The Peace Train’s original, multicultural, 100-voice youth choir - one of the highly successful projects which supported Nelson Mandela’s vision of unity - was formed during the civil war there in South Africa in 1992. They toured America for the first time in 1995, and performed worldwide for decades following.

The 2015 award-winning film about their work, When Voices Meet, has inspired people to re-examine the issues currently dividing Americans, and to do something positive about uniting them, especially in cities that have become emblematic of violence, inequities and divisiveness. The Peace Train 2016 Tour Across America is composed of a core group of youth and supporting cast of adults that represent the USA.

When Voices Meet has inspired people to re-examine the issues currently dividing Americans, and to do something positive about uniting them, especially in cities that have become emblematic of violence, inequities and divisiveness.

The Peace Train 2016 Tour Across America is a movement to unite all people. Their main mission is to unite people for a common cause of social justice and respect for all members of the human race.

Au pairs and Local Coordinators alike had a fantastic time!

“Thanks for the incredible opportunity to be part of The Peace Train. To me, it was a great experience and pleasure to watch the children perform in such a beautiful setting. I’ve never seen NYC from this view”, said au pair Una.

it was a great experience and pleasure to watch the children perform in such a beautiful setting.

Cara, an au pair from the United Kingdom, stated, “I am amazed by this choir. They are much like us, from all over the United States, including Hawaii. These kids are getting an opportunity of a lifetime, getting to travel across the county, but also performing at a beautiful location. Liberty State Park has the most amazing views!”

“What a fun day! I am happy I made the trip out to Liberty State Park. I got to take the LightRail and see the Statue of Liberty and Ellis Island. It was fun helping to serve the kids hot dogs and hamburgers and I got to take some great photos” said Meghan, an au pair.

I was also very impressed! The Peace Train’s message is one of universal acceptance and unity. I was so impressed with the au pairs that came to volunteer their time for such a worthy project. The weather was great, the location perfect and the girls really had fun working with the children’s choir! We were all singing and dancing right along with them.

A day of fun and hospitality!

The day started off with the au pairs helping to set up the hospitality booth for The Peace Train choir and organizers. They helped to organize the drinks and chaperoned students as the buses arrived. They helped to entertain the kids while the sound check was being performed. They got to speak with the kids about where they were from and what they have been doing while in New York. They all got to then sit on the great lawn at Liberty State Park and watch the choir perform for 1½ hours. Then, they helped to serve for the BBQ that was prepared for the group. The au pairs got to take photos on a red carpet Step and Repeat.

I am also one of the co-founders of the Jersey City International Television and Film Festival, a local non-profit cultural and educational organization founded to provide a home in the most diverse city in New Jersey to showcase the work of filmmakers that fosters better communication between people of diverse cultures through film.

Local Coordinator, Robin Winter-Bailey, who also attended The Peace Train event, wears another hat as the Volunteer Coordinator for the film festival. Robin said, “she was amazed at the talent of the kids and the organizers of The Peace Train. They worked so hard raising the money over the last year and getting the resources to bring this concert to Jersey City. I love being involved! And, I am so happy to see au pairs representing InterExchange!” 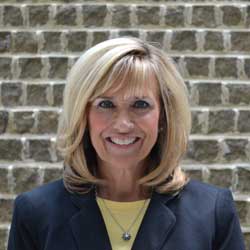 Maureen is the InterExchange Au Pair USA Local Coordinator for the Hoboken area.