I’ve been interning at the Inter-American Institute for Global Change Research in Montevideo, Uruguay for the past six months, thanks to generous funding from the Christianson Fellowship. My work here has primarily focused on capacity building, working closely on project planning and networking.

As I wrap up my time in Montevideo, I’ve spent a lot of time reflecting about my experiences and what living here has been like. In hindsight, there is a lot that I would have benefited knowing before coming, so I created a short guide of things to do, nearby places to visit, food you should try, as well as tips on how to get around. 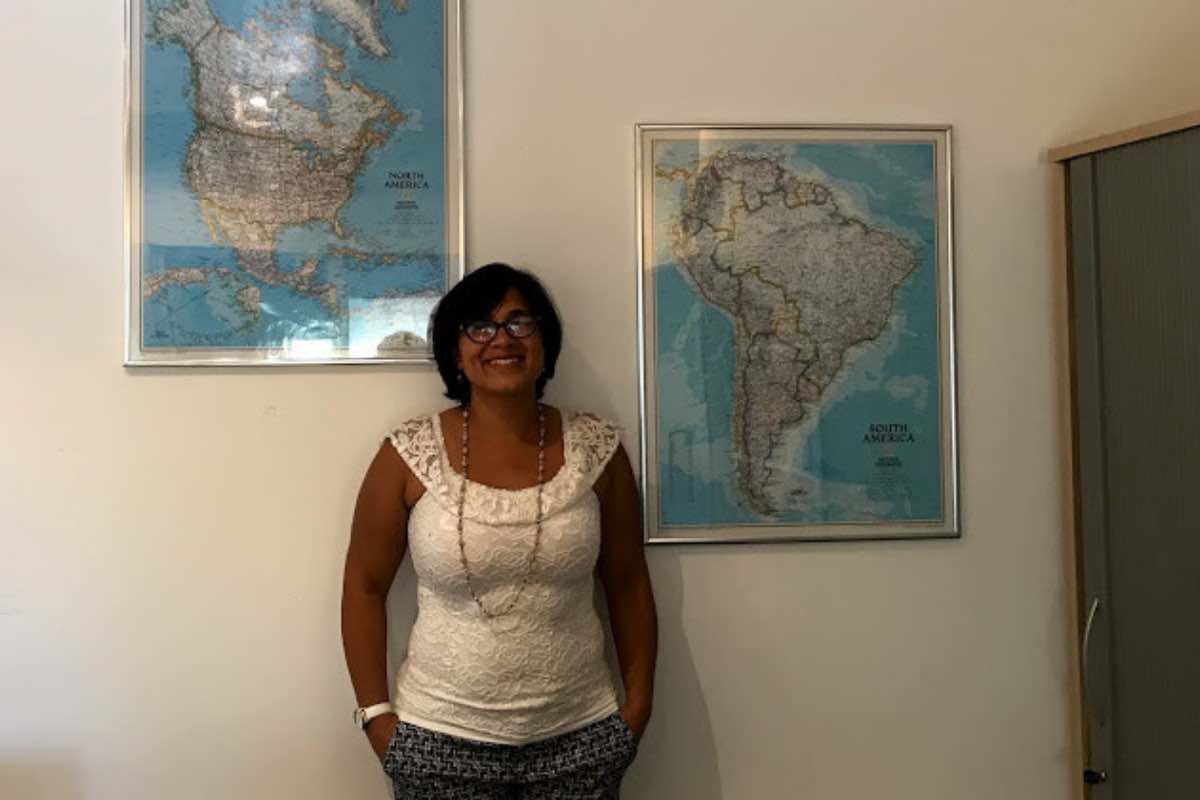 At my last day of work at the Inter-American Institute for Global Change Research. Image courtesy of Helen G.

Montevideo is the capital of Uruguay (and its largest city), located along the Río de Plata, the widest river in the world. 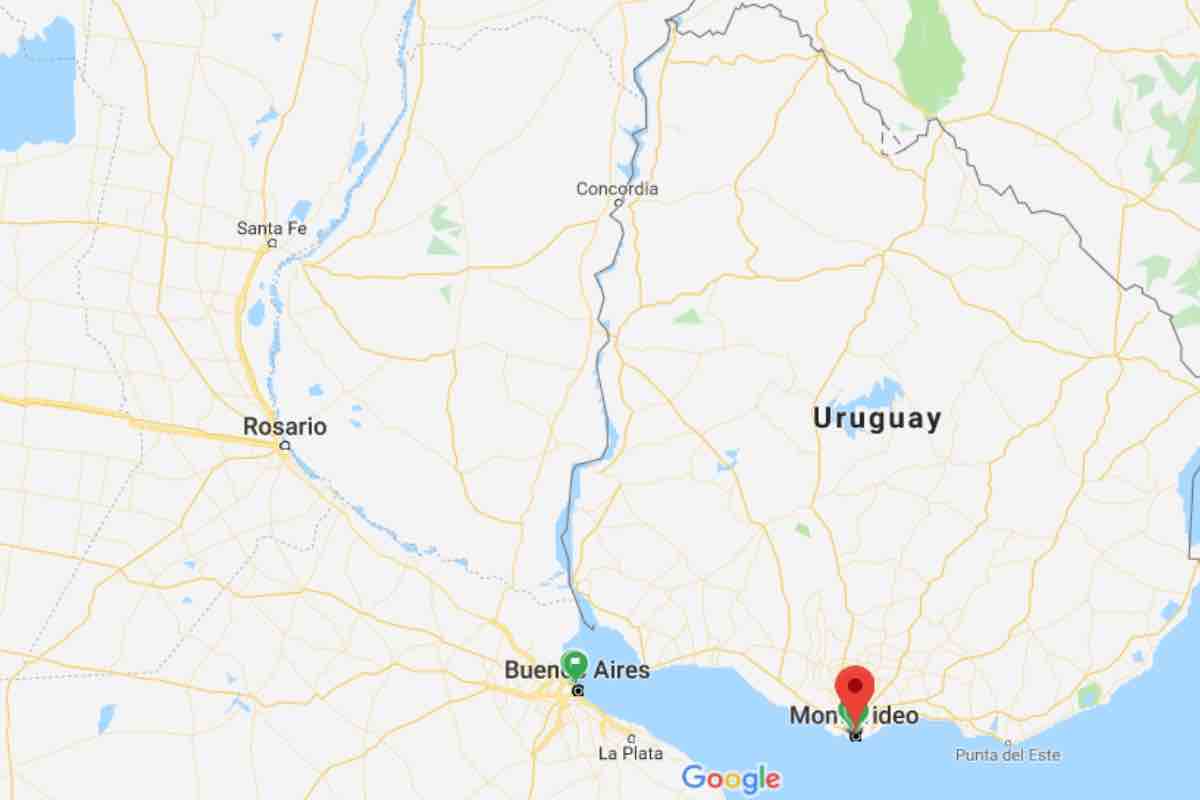 The city sprawls over a large metropolitan area and is divided into barrios (“neighborhoods”). Each barrio is distinct and unique, where like most cities, the farther out you venture from the city center, the more suburban they look.

Interestingly, Montevideo is the southernmost capital city on the continent and it consistently ranks highly for quality of life. There are many things to do in and around the city. Here are some of my favorite activities:

Watch the sunset on the Rambla
They are lovely! The city government built a boardwalk (locally known as the “Rambla”) that spans 22.2 km along the coast. The Rambla is the longest running sidewalk in the world. Sunsets in Montevideo are spectacular, so one of my favorite things to do was go for my daily walk along the Rambla to enjoy the sunset. 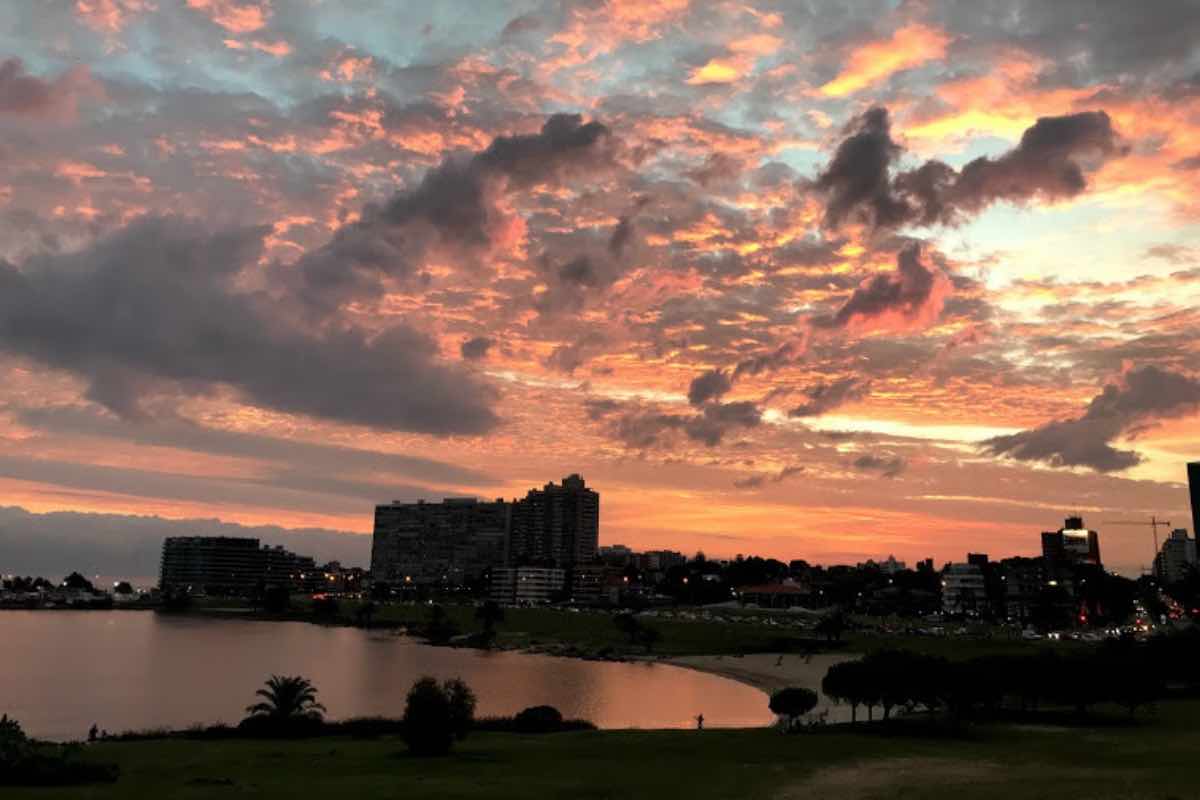 Sunset from the Rambla. Image courtesy of Helen G.

Visit Plaza de Independencia and enjoy impromptu Tango
There are a lot of cultural activities in Montevideo and a quick walk around downtown will reveal many theaters, bookstores, museums, and elegant old buildings. Not to miss is the Plaza de Independencia in Old Town where the iconic building “Palacio Salvo” is located. Tango was also born along the Río de la Plata, so it’s quite common to see impromptu tango street parties. 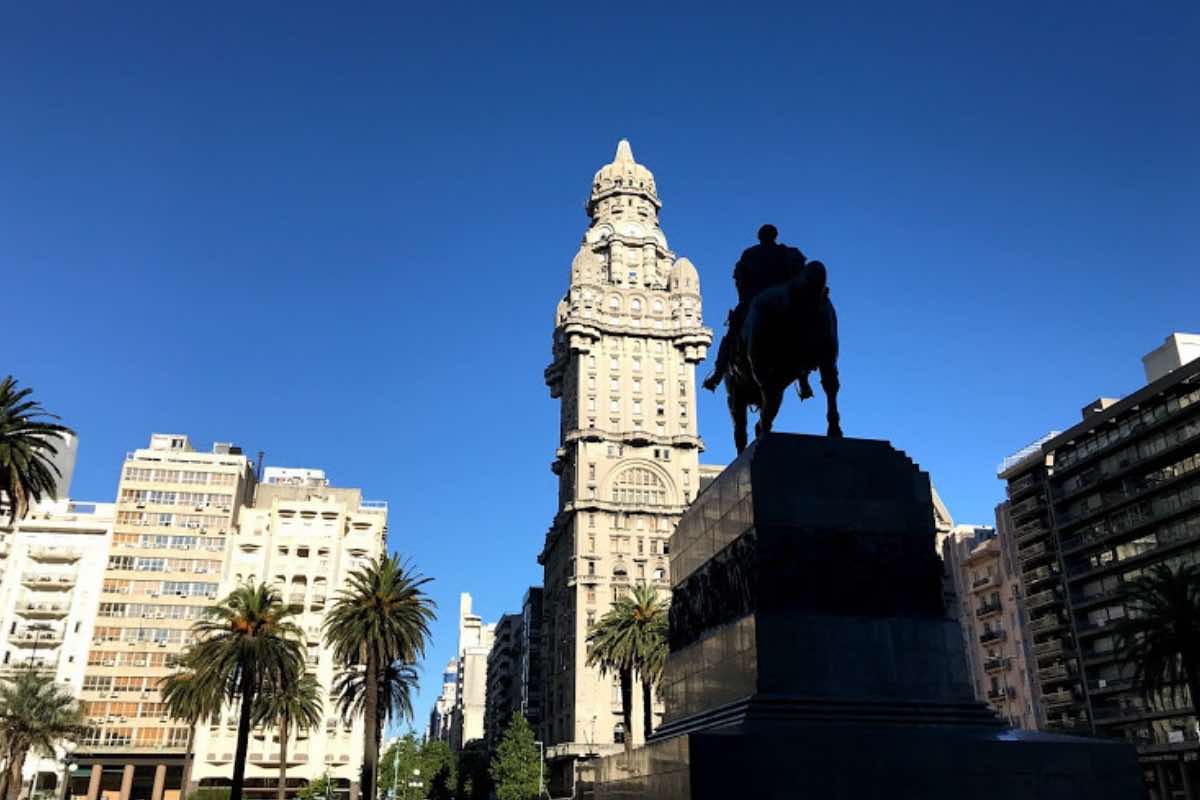 Take a trip to nearby coastal cities
Montevideo is conveniently located on the coast and very centric, as all main roads branch out of the city, making it easy to visit other places in Uruguay. 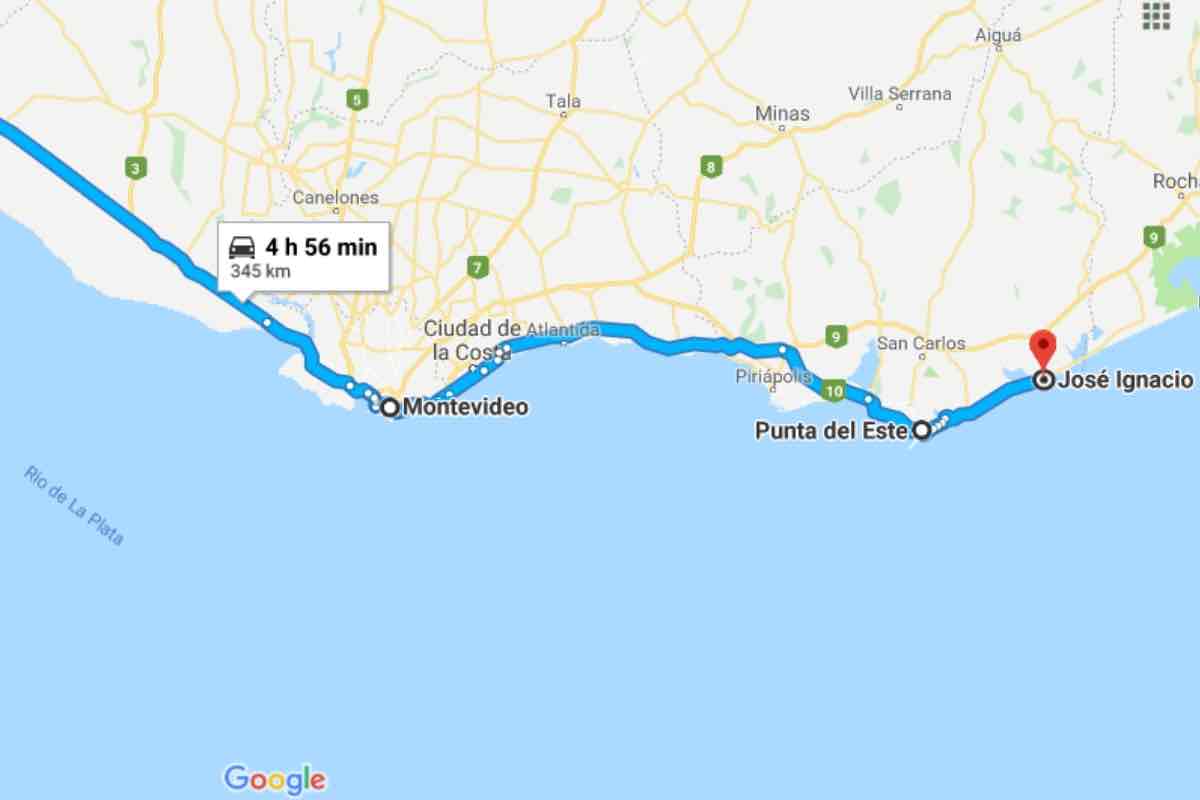 While here I visited the coastal town Colonia del Sacramento. This historical UNESCO world heritage site to the north along Río de la Plata, faces Buenos Aires, which is just opposite on the Argentinean side of the river. You can easily take a ferry to the Argentine capital. I also checked out Punta del Este & Balneario José Ignacio. Both have world-renowned beaches and, if you’re lucky, you might run across celebrities like Shakira. 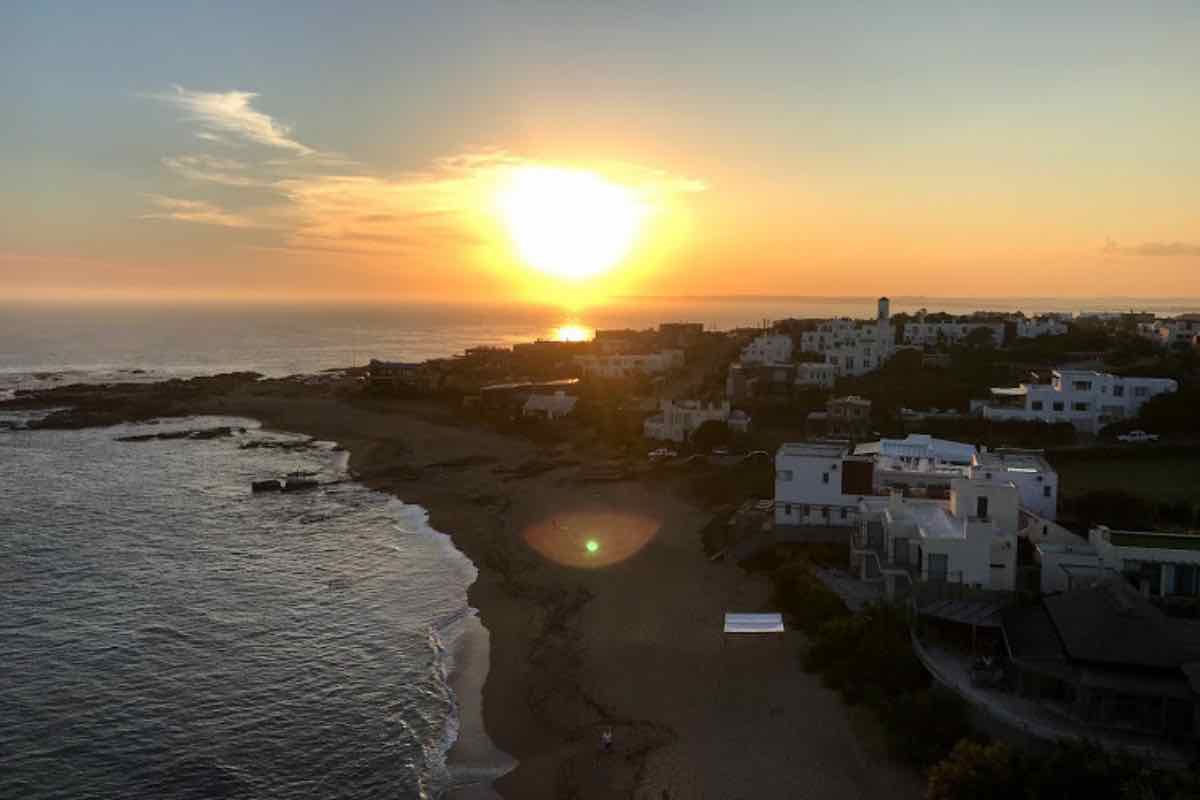 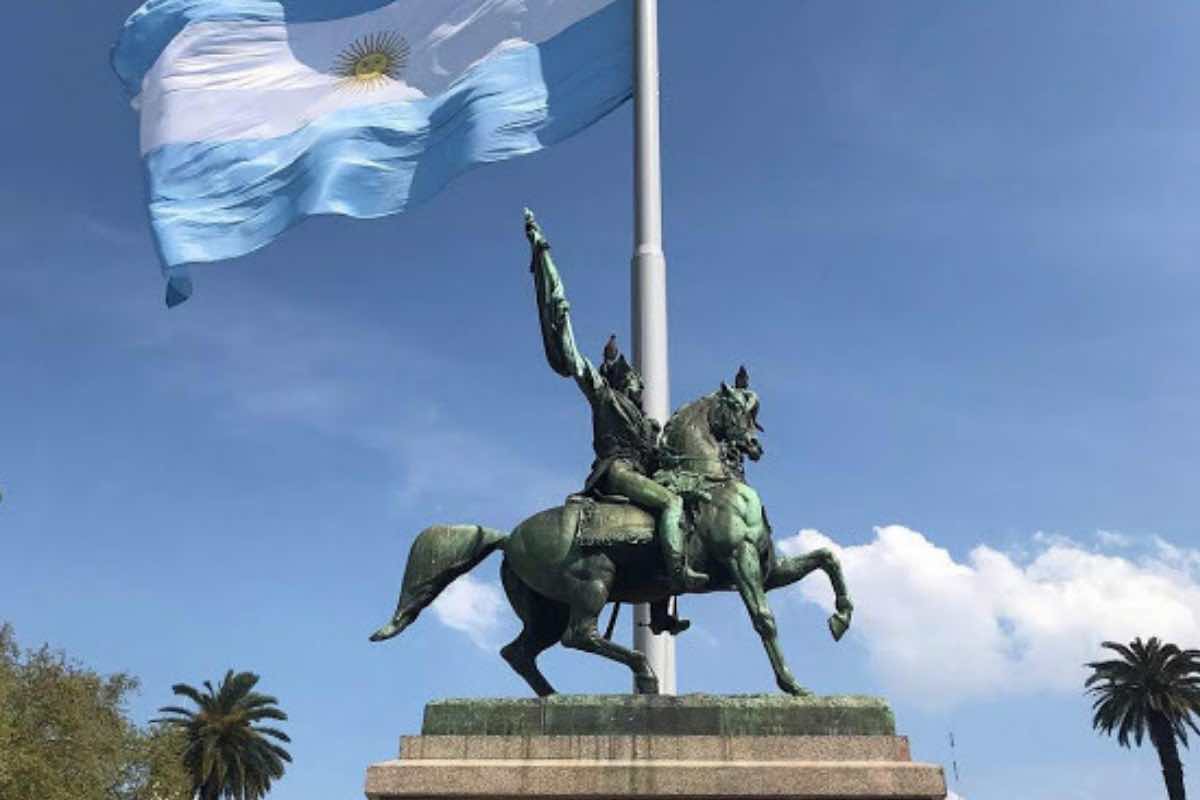 Uruguay is well known for its meat, and cows are so important here that they outnumber people by 3.4 to 1! Most restaurants offer a variation of asado (“grilled meat”), and you usually can’t go wrong! 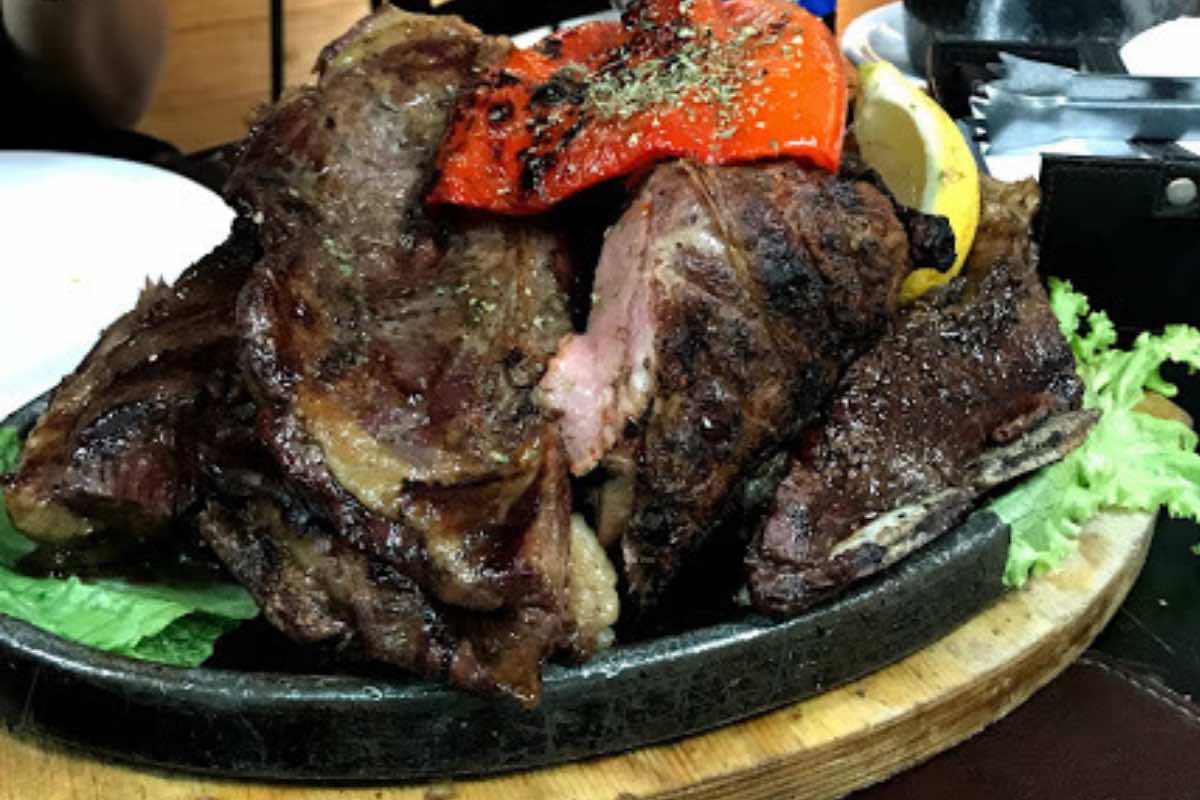 Another iconic Uruguayan food is the chivito, which is a large, loaded meat sandwich that has everything you would expect in a sandwich and more. 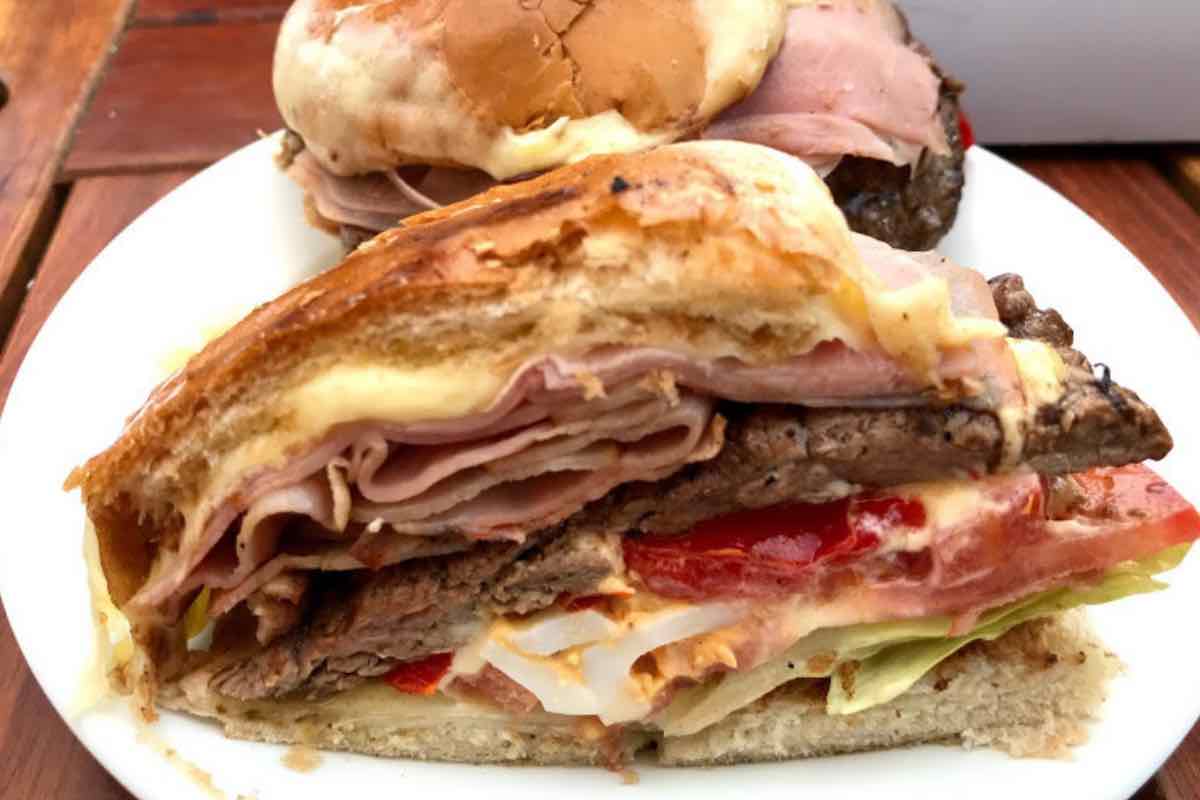 Make sure to have an empanada while here, and finally, thanks to Italian influence, you can find excellent ice cream almost anywhere. 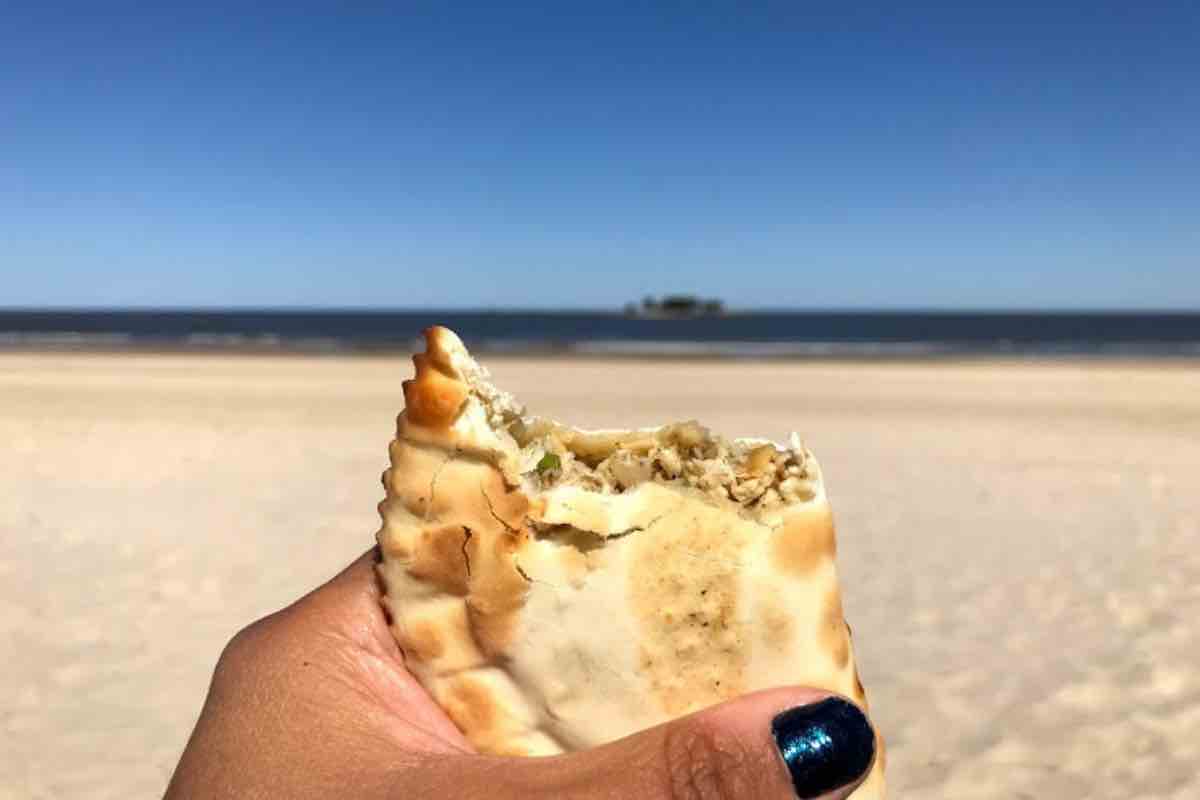 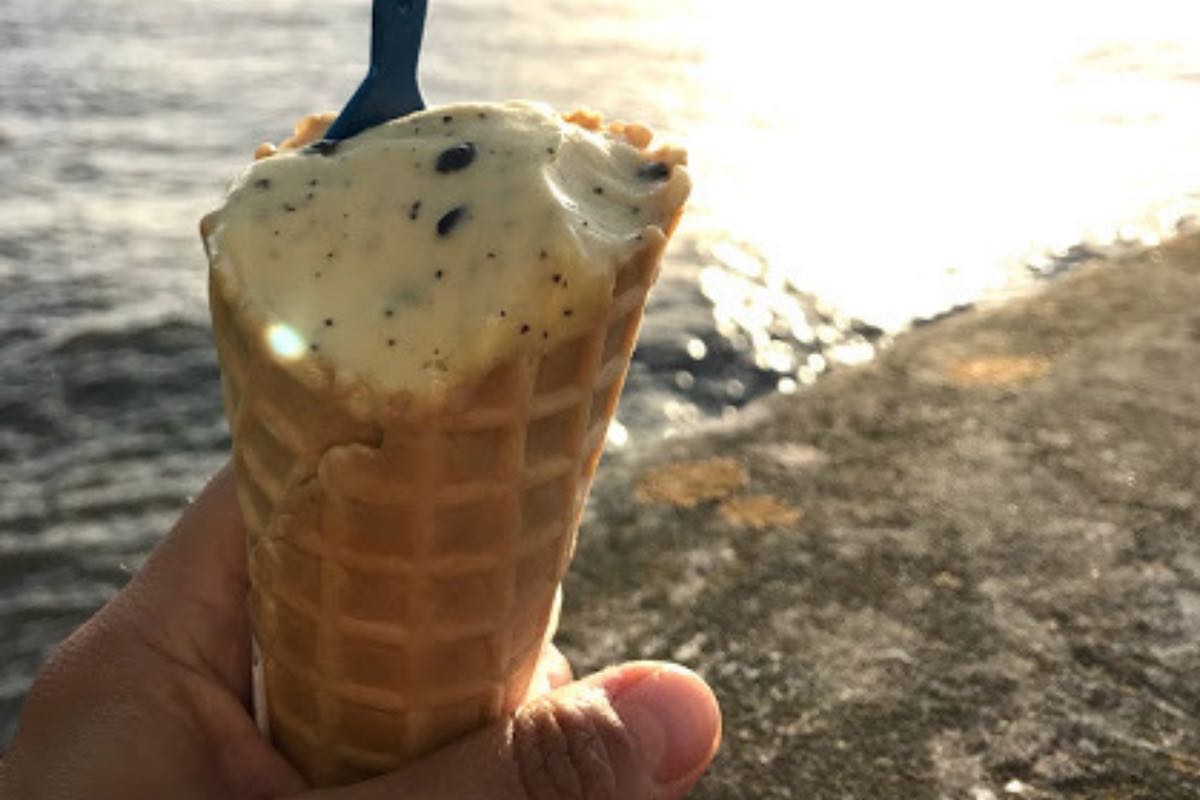 Ice cream on the beach! Image courtesy of Helen G.

Coffee versus Mate
Mate is a very common drink throughout Uruguay, and you will notice many people walking around with their mate cup, straw, and thermos of hot water. Coffee culture is pretty limited, although there are a few great coffee shops, it’s not as important to local culture as mate. Be sure to try it while you’re here!

A word to the wise: Dining and nightlife can be an extreme sport! Most people have late dinners (generally between 8 to 11 pm!) Restaurants don’t open until 7:30 or 8 pm and most bars don’t start filling up until midnight. A proper night out usually ends between 6 - 8am the next day, so make sure you're well rested the night before!

Despite the urban sprawl and its size, Montevideo is an easy city to get around. Much of it is walkable. While strolling along the tree-lined streets, you can appreciate up-close many of the old, historical buildings characteristic of Montevideo. Walks are especially pleasant in spring when the trees are blooming. 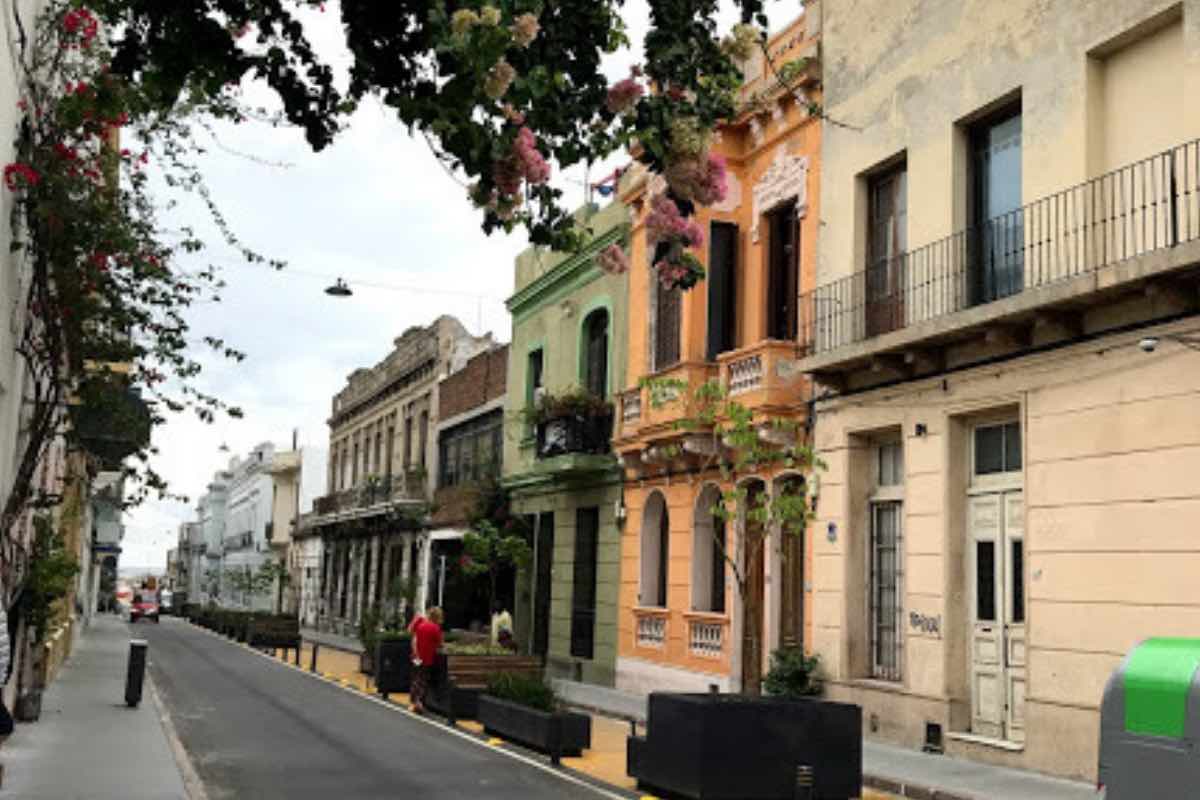 Street in Ciudad Vieja, one of the oldest parts of Montevideo. Image courtesy of Helen G.

Watch your step when you’re walking though, because dog poop abounds on the sidewalk. You don’t want to ruin a good walk by stepping in that – yuck! Also, be mindful of the uneven sidewalks—I’ve tripped many times! 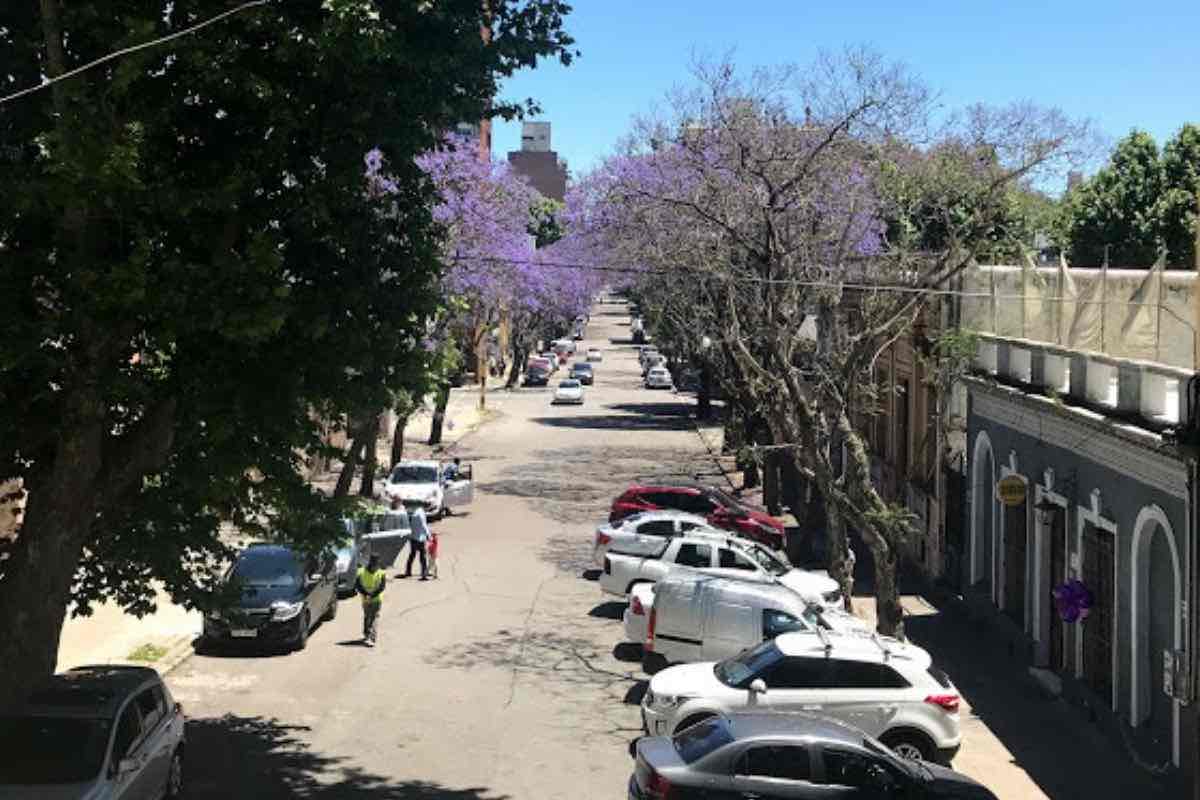 Public transportation is commonly used, with a widespread network of buses working all day and night to connect residential, business, commercial, and industrial areas.

Buses
Using the buses can get confusing, especially because some with the same route number can have different destinations. If you’re not careful you’ll wind up in a completely different barrio than where you wanted to go.

Also, bus schedules are unreliable, and they run earlier and later than expected—so be prepared and give yourself plenty of time to get where you want! There are a few apps available that track buses and schedules, but the one that I used most frequently is called Moovit, which tells you all the different bus lines, bus stop locations, and what’s the best route for your destination.

A word to the wise: Getting off the bus can be tricky if you don’t know what to do. To request a stop, you either have to walk to the front entrance and stand in front of the door right before you want to get off (which indicates to the bus driver that you’re getting off at the next stop), or walk to the door at the back of the bus and press the only button to ring for the next stop. If my friend hadn’t told me what to do I would have gone right past my stop without knowing how to request a stop! 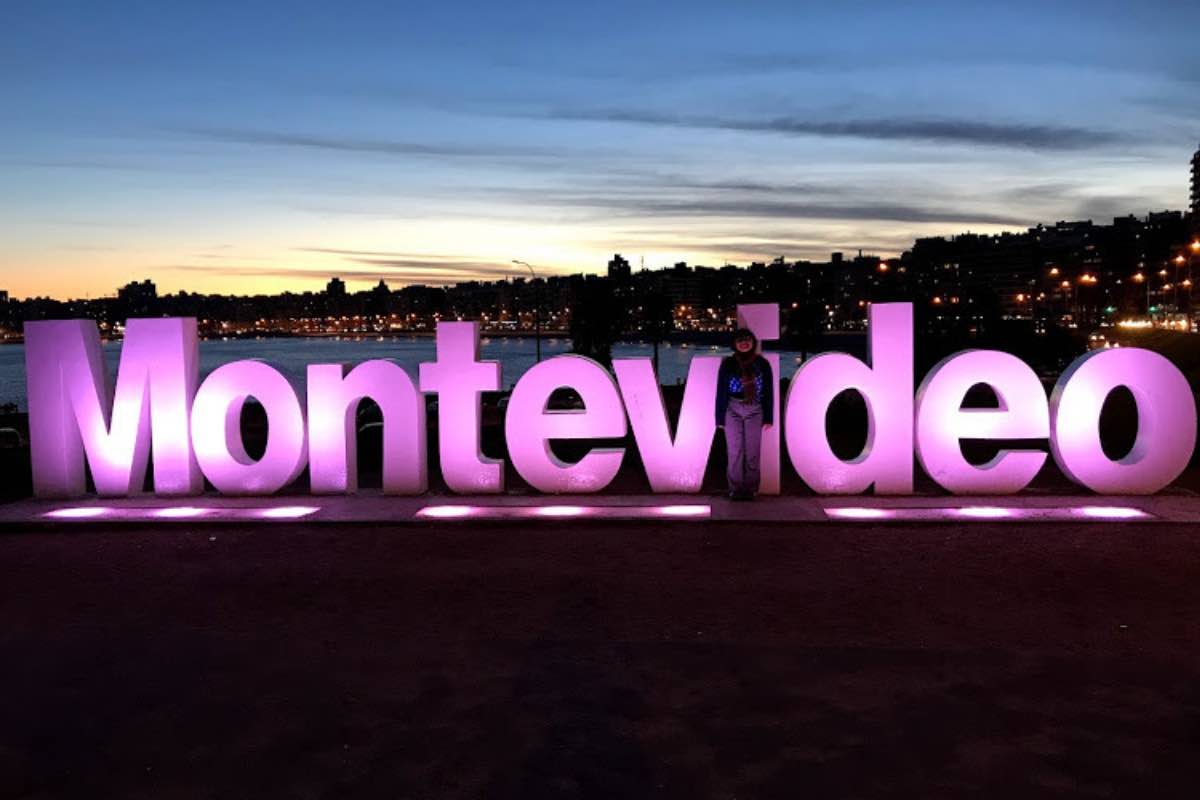 Standing in front of the Montevideo sign. Image courtesy of Helen G.

Like any experience traveling abroad, it’s very important to have an open mind (and heart) from the very beginning and to be willing to try new things and experiences! Hopefully these tips that I gathered over my time in Montevideo will be of help to future first-time visitors. 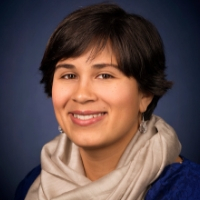 Helen volunteered in Uruguay with the help of a Christianson Fellowship, from the InterExchange Foundation.