Last week I had the chance to relive some of the most memorable times of my life by returning to summer camp! I attended Keystone Camp for Girls in Brevard, North Carolina for 10 years as a camper and 6 years on staff, and I was lucky enough to join them in celebrating their 100th summer of offering girls a wonderful camp experience. To celebrate this milestone, Keystone invited former campers and staff from all over the world back to camp to live in cabins, participate in activities, compete in Team Games, and reminisce with friends for three nights! It was incredible to spend time with 150 Keystone women and trade stories with alums spanning three generations.

We all arrived to camp on Thursday afternoon and got settled into our cabins. The evening was spent catching up with old friends and getting to know new ones. We all participated in Lip Sync later that night, and it was fun to watch each cabin act out songs from their time at camp! The next morning the camp bell woke us up nice and early to get going for the day. Friday was filled with activities; we got to try our hand at archery, riflery, rock climbing, horseback riding, badminton, canoeing, tie dying, and - everyone’s new favorite - ziplining!

The next day we all woke up with a little more competitive spirit coursing through us. At the end of every camp session Keystone holds a Team Games competition, and the end of the Reunion was no different! First we went up to the canoe lake for a variety of races there. It was so fun to see the older “campers” competing with the younger ones - everyone was definitely in the spirit. A highlight for me was seeing one of my friends and her sister redeem themselves in a race they competed together in as young campers. It was so fun to be able to cheer for them alongside their mother and aunts!

Next we went down to the swim lake, where my personal favorite races of the day were held. After swimming, we split up to go compete in some individual activities (one of my friends and I volunteered to do archery for our team - we lost against older campers pretty soundly). Another one of my friends was volunteered to play badminton doubles for her team, and that duo personified what the weekend was all about. The two of them hadn’t met before badminton started. By the end they had not only come in 4th place, but they had also forged a friendship that would never have existed if it weren’t for Keystone bringing us all back together.

The staff threw a Carnival for us that afternoon - complete with cotton candy, sno-cones, a photobooth, a t-shirt screen printing station, and a huge inflatable slide! In the middle of the afternoon the skies opened up and we were treated to a great North Carolina rainstorm. Rain never stops Keystone campers though - someone pulled a tarp out on the lawn and we all went slip and sliding down the hill and through the mud! It was a blast, but the next day my body reminded me that doing a slip and slide at my age takes a much harder toll than it did at age 10.

The last night of camp we trekked up the mountain for our final campfire. At Keystone, our campfires serve as a time to celebrate our achievements for the week and reflect on our time together. At our campfire, the director reflected on Keystone’s recent history and the clear impact it has had on all of our lives. After the final campfire, we take bark boats to the swim lake and put them in after saying a cabin wish. While we were waiting for everyone to gather, I looked around at my cabin full of great friends and thought about how lucky I am to have worked and grown at Keystone. Camp is a unique experience, and it’s one that is integral to who I am today. I feel so lucky to have been able to celebrate Keystone with so many wonderful women who treasure it the same way I do, and I can’t wait to do it again for the 105th anniversary! 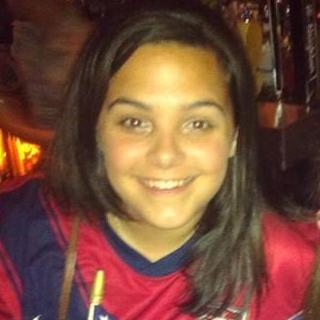 Julia Bates has many years of camp leadership experience in addition to a B.A. in Global Studies and an M.S. in Non-Profit Management. She has worked at InterExchange as a Camp USA Program Coordinator since 2014.