Top 10 Must See Landmarks in the U.S.

Traveling the U.S. and deciding what to see can be daunting—there's so much! If you want to make sure to see some of the most famous and interesting landmarks, we recommend starting with some on this list. 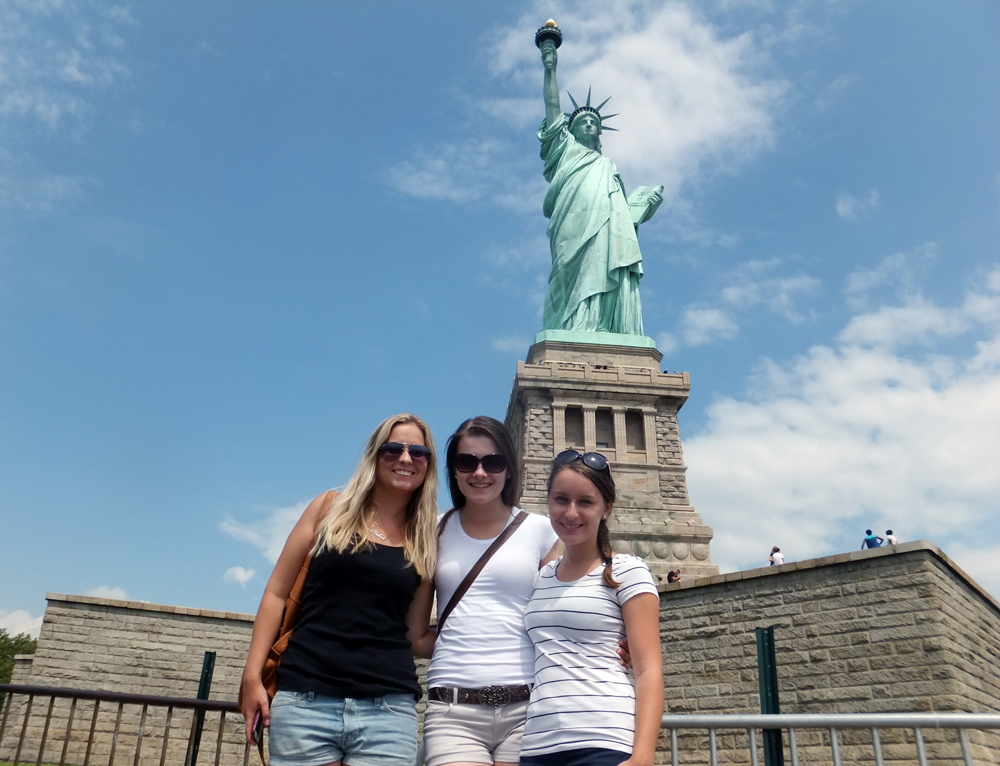 Each year, millions of people from all around the world visit Liberty Island in New York Harbor to catch a glimpse of Lady Liberty herself. Having been given to the United States as a gift of friendship by France, the Statue of Liberty stands at just over 300 feet tall and has been a symbol of democracy and freedom since 1886. Visitors can check out the landmark by taking part in one of the many harbor cruises offered by the city. Statue Cruises offers visitors the opportunity to sail to Liberty Island to make the 354-step climb up to Lady Liberty’s crown to check out the view. A ticket to Liberty Island also includes a free visit to Ellis Island, where you can explore the American Family Immigration History Center. 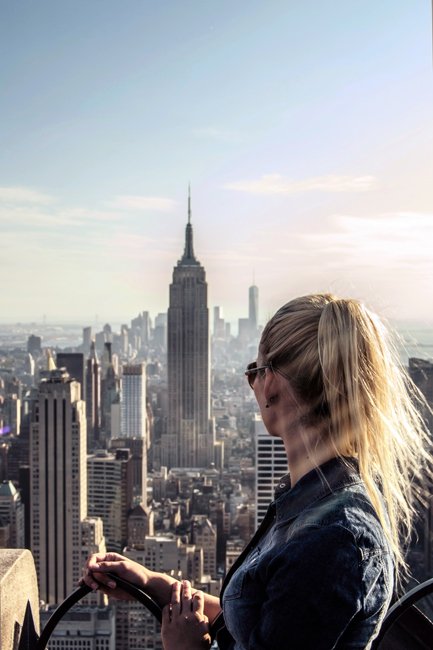 Standing at 102-stories high, the Empire State Building is located in Midtown Manhattan. For nearly 40 years, it was the tallest building in the world. Considered as one of the Seven Modern Wonders by the American Society of Civil Engineers, the Empire State building is one of the most recognized American cultural icons. Designed by William F. Lamb, construction began in early 1929 and opened just two years later, during the peak of the Great Depression. 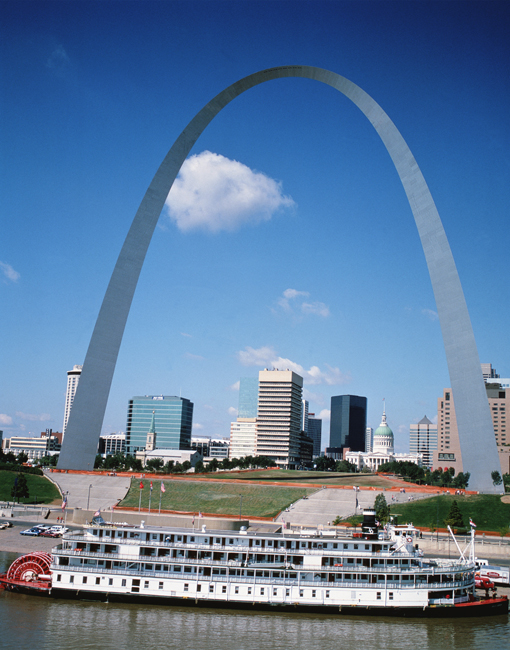 For over 40 years, the Gateway Arch has stood at over 600 feet in St. Louis, Missouri, paying homage to Thomas Jefferson and the city's role in U.S. expansion into the western territories during the early 19th century. Construction was completed in 1965 and the Arch was open to the public two years later. As the tallest monument in the U.S. and the tallest stainless steel structure in the world, the arch attracts millions of visitors a year. The underground visitor center, located directly below the arch between its legs, and the observation area on top of the arch is open to all visitors. 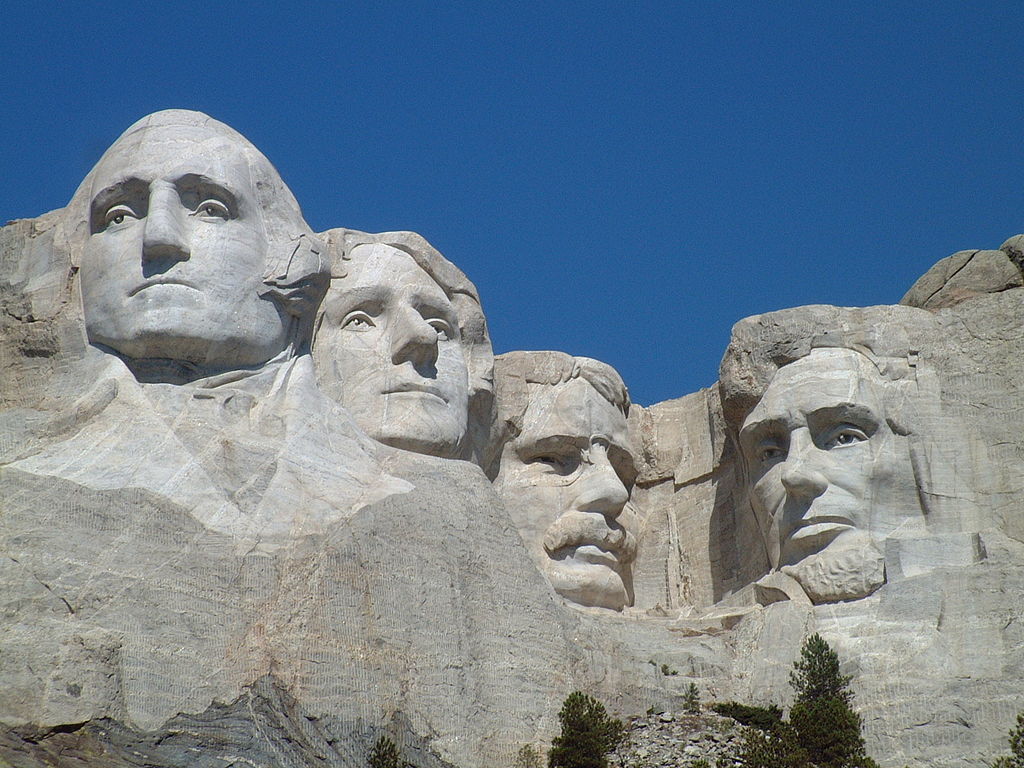 Mount Rushmore is perhaps one of the most recognized landmarks across the world, featuring 60-foot sculptures of the heads of four American presidents: George Washington (1732-1799), Thomas Jefferson (1743-1865), Theodore Roosevelt (1858-1919), and Abraham Lincoln (1809-1865). Designed and sculpted by Danish-American Gutzon Borglum, the memorial covers over 1,200 acres of land and stands nearly 6,000 feet above sea level. Attracting over 2 million visitors annually, the idea of carving the memorial was originally conceived by South Dakota historian Doane Robinson, who believed the memorial would promote tourism in the region. 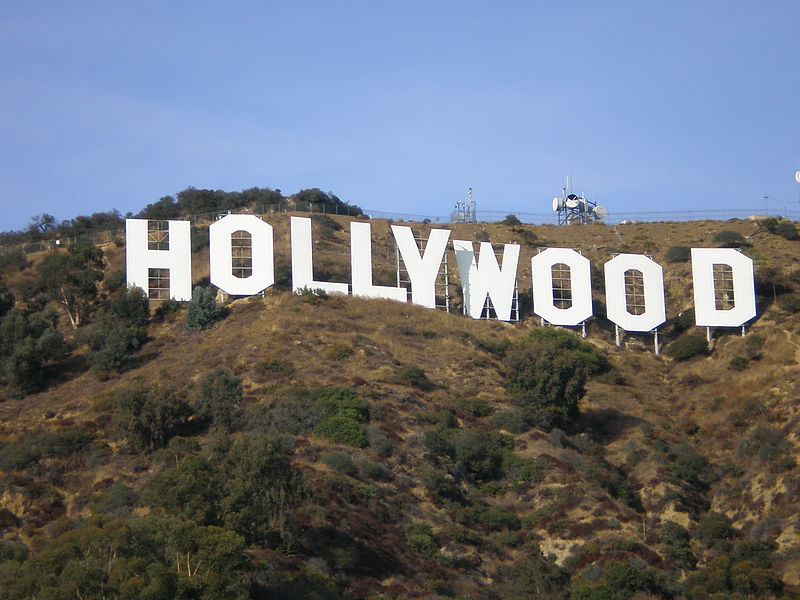 Originally created in the early 20th century as an advertisement for real estate development, the Hollywood Sign (formerly the Hollywoodland Sign) is perhaps the U.S.’ most recognized cultural icon. In 1978, the sign was demolished due to its dilapidated state but was soon restored following a public campaign and contributions from private donors. At 350 feet long, with each letter standing at 45 feet tall, the Hollywood sign is protected by The Trust Fund for Public Land, a nonprofit organization. 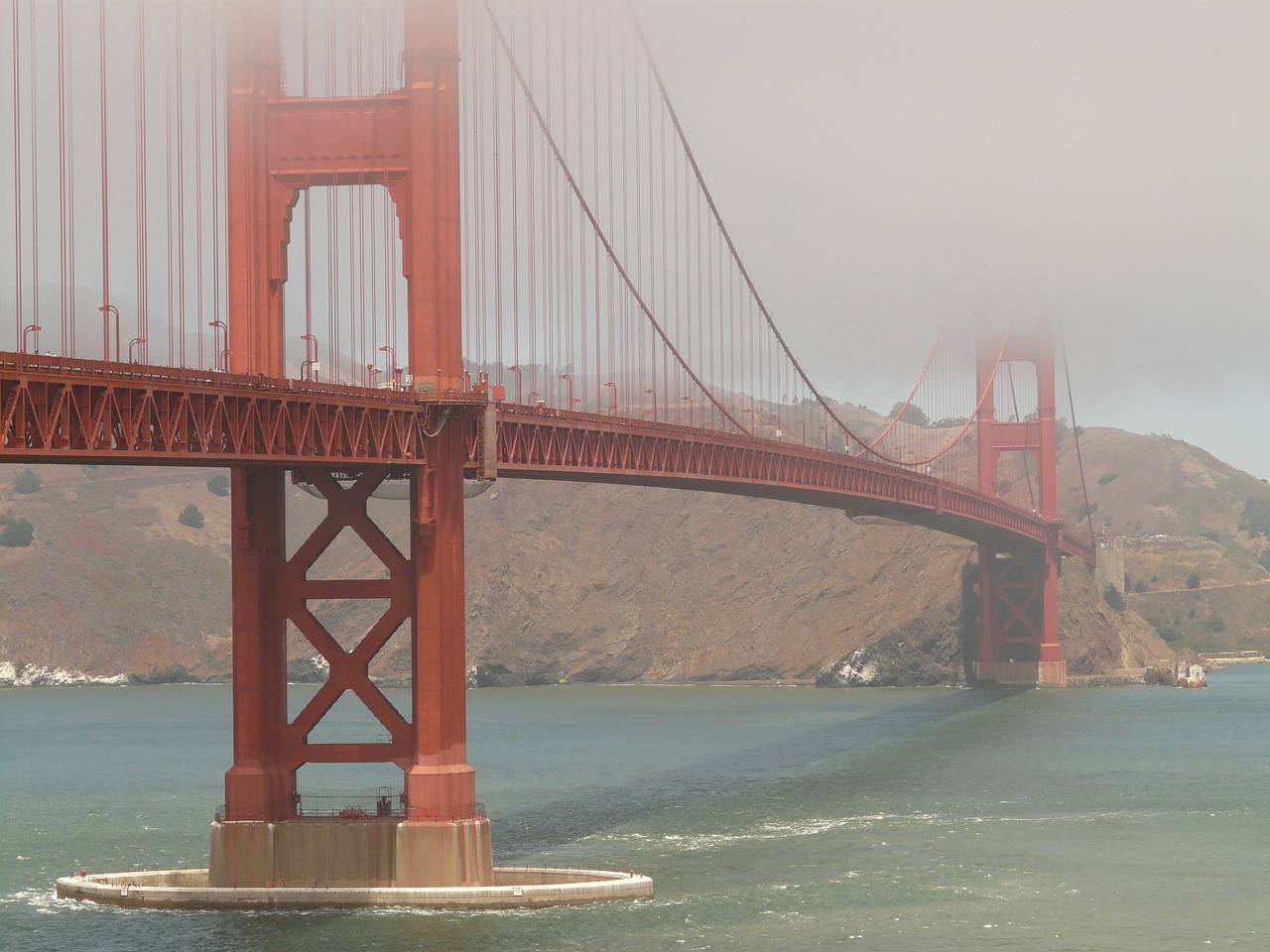 Constructed between 1933 and 1937, the Golden Gate Bridge stretches over the three-mile-long channel between San Francisco and the Pacific Ocean. At 4,200 feet, it was the longest suspension bridge until 1964. Today, it still serves as San Francisco’s main tourist attraction as well as a necessary passageway across the Golden Strait. Along the southeast side of the bridge, visitors are given free access to a number of walking, biking, and hiking trails. 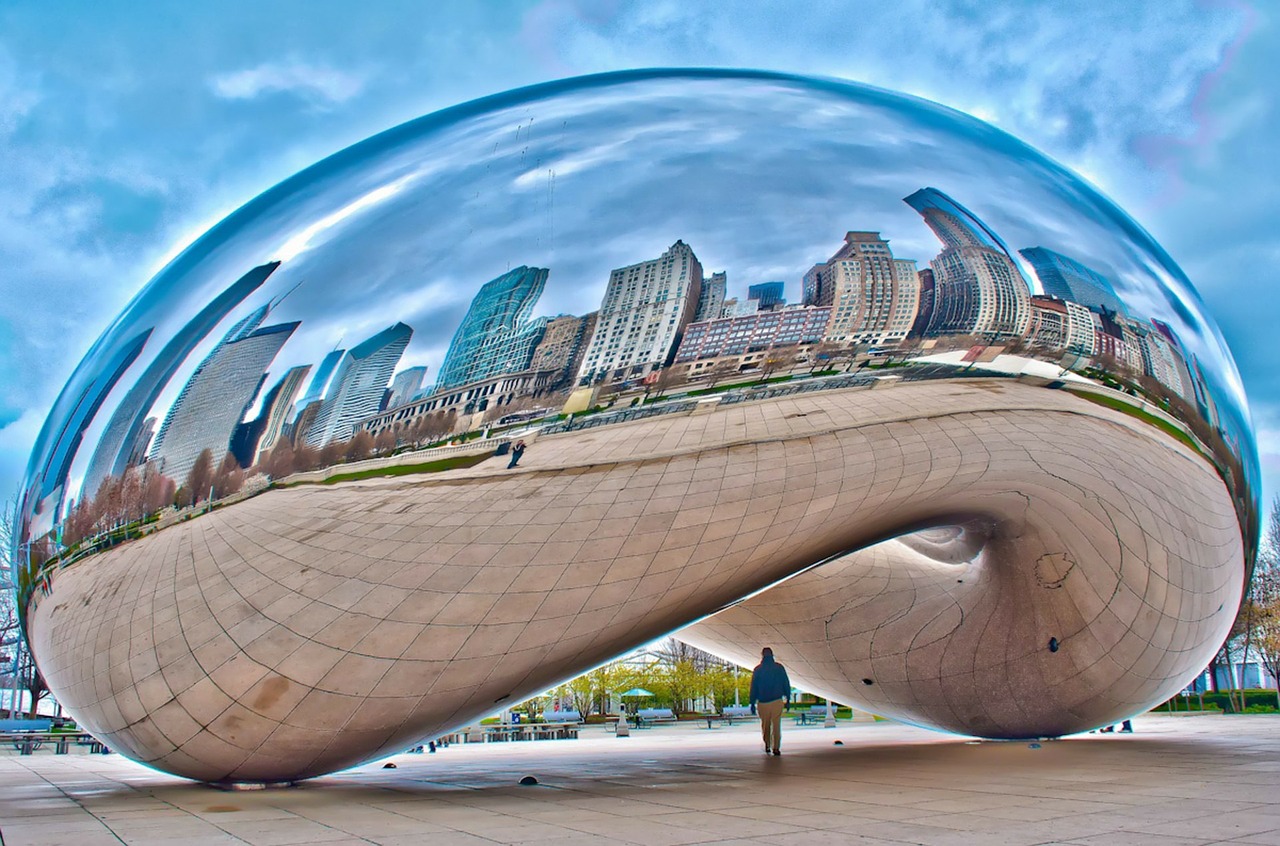 Designed by British artist Anish Kapoor, Cloud Gate is a public structure situated in the center of AT&T Plaza in Chicago, Illinois. Although a relatively new structure, the art piece has gained international popularity. Nicknamed The Bean due to its shape, the sculpture is made of 168 stainless steel plates welded together. Kapoor designed the structure to reflect a distorted view of the Chicago skyline, using liquid mercury as his inspiration. 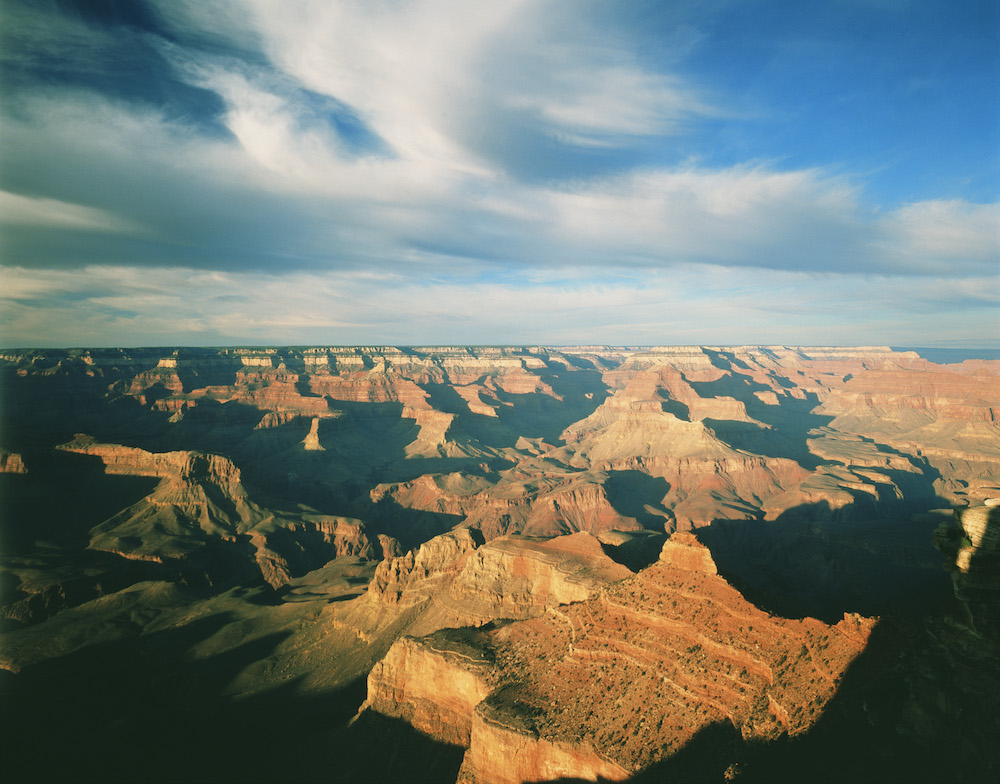 Carved by the Colorado River, the Grand Canyon is among the most preserved American national wonders. The Grand Canyon is over 250 miles long and up to 18 miles wide, containing a depth of over 6,000 feet. According to recent research, the Colorado river established its course through what would later become the Grand Canyon approximately 17 million years ago. Native Americans have built their settlements within the canyon and its caves for over 8,000 years and many tribes, including the Pueblo people, considered it to be a holy site. 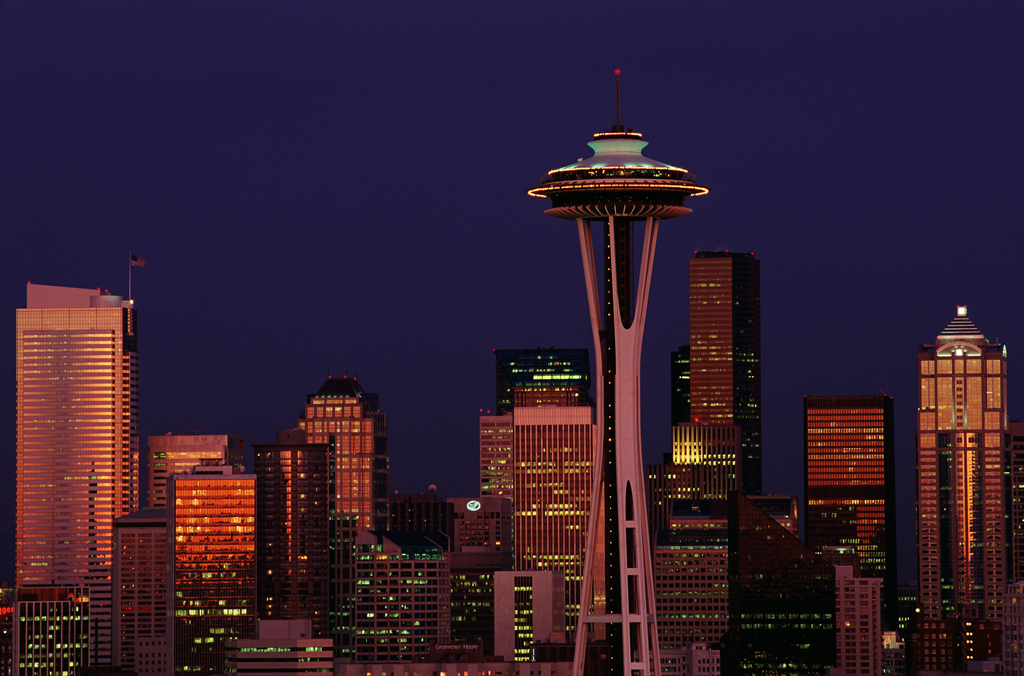 As perhaps the most popular landmark in the Pacific Northwest, the Space Needle hosts over 2 million visitors per year. Built for the 1962 World Fair, it is the tallest structure west of the Mississippi River, standing at over 600 feet high. Designed to withstand high wind speeds and high earthquake magnitudes, the structure is near indestructible. Visitors can head up to the observation deck to check out Skycity, the rotating restaurant formerly known as the Eye of the Needle.

What are your favorite U.S. landmarks? Which on this list do you most want to see?

Hana studied Politics and Romance Languages at NYU. She completed a semester in Madrid before joining the Career Training USA department as an intern in the summer of 2015.