Georgia was founded in 1732 as the last of the original 13 colonies. Georgia is the 24th largest and the 8th most populous of the 50 United States. Georgia is bordered on the south by Florida, on the east by the Atlantic Ocean and South Carolina, on the west by Alabama, and on the north by Tennessee and North Carolina. Georgia’s geography is very diverse with big cities, small towns, tall mountains, and scenic coastline. There is plenty to see and do in Georgia!

Getting To and Around Georgia

Georgia’s main airport is Hartsfield–Jackson Atlanta International Airport (ATL). Located in Atlanta, this airport claims the title of busiest airport in the world. The airport is located 8 miles south of Downtown Atlanta and it is connected via MARTA, the public transport system in Atlanta. This makes travel to downtown, midtown, or northern Atlanta convenient and economical.

Hartsfield–Jackson is the largest airport in Georgia but there are many other airports for domestic flights to other cities. A few other popular airports include:

By Train and Bus

Amtrak - Georgia is serviced by many Amtrak train routes. Amtrak is an affordable option to visit from another state or for travel from city to city within Georgia.

Greyhound: Georgia is also serviced by many Greyhound bus routes. Buses may be a more affordable option than trains however this usually comes at the expense of convenience as the trip time is longer. Tip: When booking a ticket be sure to visit the website to get directions to/from the destination train/bus station. Most stations are near some form of public transit that will bring you closer to the city center.

MARTA - The public transportation system in Atlanta, MARTA operates both rapid rail and bus networks in the city of Atlanta and the counties of Fulton and Dekalb.

Georgia is linked to the rest of the U.S. by the Interstate Highway System. The principal interstates going through the state are I-75 (serving traffic from Detroit to Florida), I-85 (connecting the Mid-Atlantic to New Orleans) and I-20 (connecting Texas to South Carolina).

Georgia is comprised of five main geographical regions, each with diverse landscapes.

Covering approximately 60 percent of the state and stretching from the Atlantic Ocean to the Fall Line, the coastal plain is the largest region in Georgia. The Fall Line is what separates the Coastal Plain region from the Piedmont region. Rivers flowing along this area produce waterfalls. This region is also known for being relatively flat compared to the rest of the state. A few things to see: 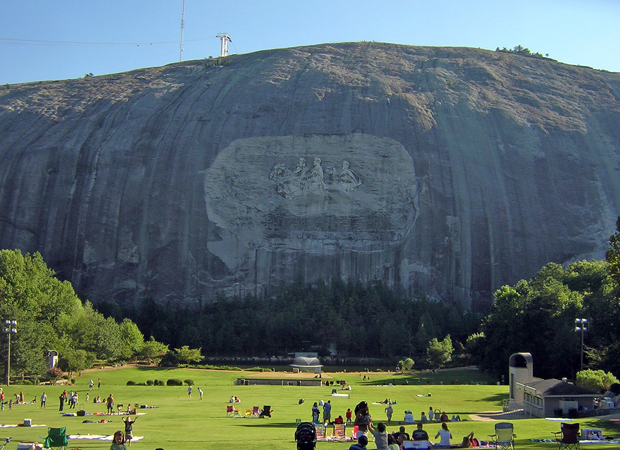 The second largest and most populous region in Georgia. The hilly region makes up about 30 percent of the state of georgia between the Coastal Plain and the mountainous regions of north Georgia. The Piedmont region is heavily industrialized and contains Georgia’s most populated cities. Things to see:

Located in northeast Georgia, the Blue Ridge region is part of the Appalachian Mountain Range. With peaks ranging from 1600 to 4700 feet, this region is home to spectacular mountain scenery. Blue ridge is also home to many gorges and canyons. Things to see: 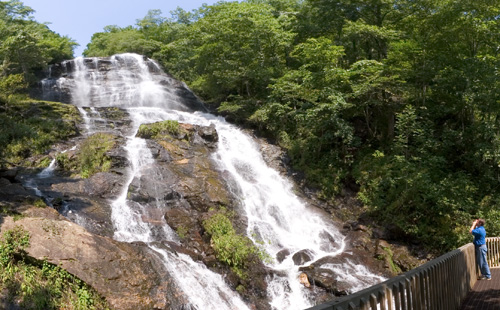 Located in northwest Georgia, west of Blue Ridge, the Valley and Ridge region features long, parallel ridges overlooking wide, rolling valleys. From the valley floor it appears that the ridges are mountains but the highest they peak is about 700 feet. Things to see:

The smallest of the 5 geographical regions, the Appalachian Plateau is sometimes grouped in with the Valley and Ridge region. Located in the Northwestern most corner of Georgia, this area marks the beginning of the Appalachian Trail. Things to see: 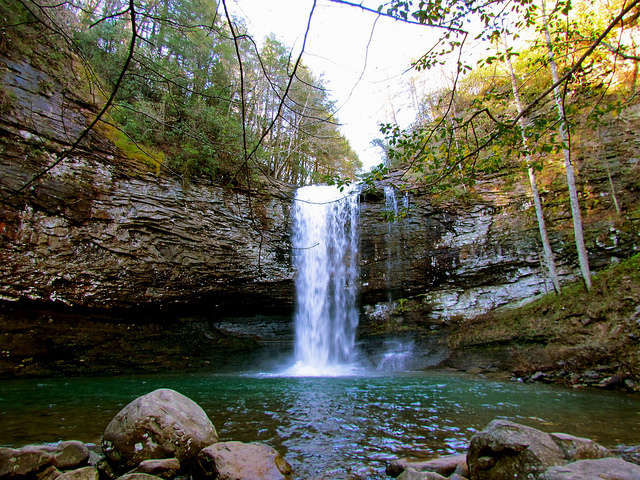 There is a lot to see and do outdoors in the state of Georgia. Does your home country have a diverse geography? Tell us about it in the comments!

Here are a few more resources to help you plan your trip: