I took this photo with my DSLR in late afternoon during a post-Thanksgiving trip to the beaches at Point Reyes, North of San Francisco, CA, which I was lucky enough to be invited on by the family who rent to me. It was a great day watching elephant seals, taking pictures and enjoying the fresh sea air.

This photo was taken in Berkeley having just returned from a company camping and sea kayaking trip in Tomales Bay, CA. The weather was so warm compared to what I am used to at that time of year, and the Golden Gate bridge silhouetted on the orange sky looked amazing, I had to capture the moment, even if it was just on my phone camera!

My first white elephant gift exchange! One of my colleagues took this photo, taking the new selfie stick that she had found (I hid it in many layers of different used containers, to the disappointment of the first person who opened it) for a spin. I was under the impression everyone was going to partake in the duckface/“Blue Steel”, but apparently not…

For Halloween every year my host company holds an inter-group costume competition and in 2015 my group’s theme was the names of the different conference rooms in the company. I chose “The Freezer” and fashioned myself a freezer (-298 degrees Kelvin because I’m so cool it’s impossible) costume out of two polystyrene ice boxes - it was all good fun and our group ended up winning!

What have been some of your program highlights and memorable experiences? Share with us in a comment! 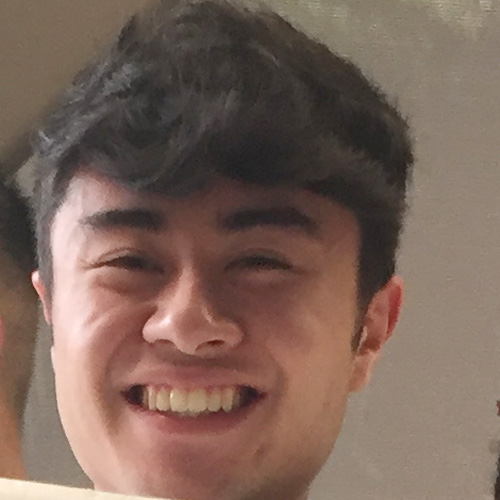 Chris M. from the United Kingdom is currently pursuing an internship in Biotechnology near Oakland, California through InterExchange's Intern USA program. He has been in the U.S. for almost six months and is greatly enjoying his program.