As a student of sociology and politics, I can tell you that now is a very interesting time to live in Tanzania. Most years, you won’t find massive rallies and inspiring speeches. In fact, you would rarely even encounter political conversations between friends. Tanzania and its citizens are known among their East African neighbors for being about as apolitical as it gets. But that’s not the case this year. Why? It’s an election year and the political climate is moving and shaking in a way that any local will tell you, “hasn’t happened in 50 years.”

A 100-word history of Tanzanian politics goes like this: Tanzania won non-violent independence from Britain in 1961, at which point Julius Nyerere, the beloved leader of the fight for freedom, assumed the presidency and founded the ruling CCM party. He stayed in power for nearly three decades, where he oversaw a socialist state and became known for being the archetype of a “benevolent dictator,"—he loved his country and fought for its development, but did so on his own terms. In 1985, Nyerere stepped down from office and hand-chose his successor. And in 1994 the nation held its first multi-party elections. Elections in 1994 and 2005 resulted in landslide victories for CCM as the country still fondly remembered their “nation’s father,” and his party.

But 2015 was different. Since independence in 1961, Tanzania may have stayed free of the bloodshed that beset its neighbors, but remained economically stagnant.

Countries like Rwanda and Kenya, known in the west for their civil wars and connection to terrorism, were growing in GDP and quality of life. And yet peaceful Tanzania has remained one of the poorer countries in Africa. Combine this lack of development with an increasing population of educated and politically active youth, and several major corruption scandals indicting major government officials, and the ingredients for a truly competitive election were in place.

Living in Dar es Salaam, the country’s largest city, I have bore witness to a fascinating campaign between the ruling party CCM candidate John Magufuli and the opposition candidate Edward Lowassa, both of whom ran on platforms of anti-corruption and economic development. Lowassa, and the UKAWA coalition of the country’s major opposition parties garnered the hearts and votes of many citizens, particularly youth. In September and October, you could not go anywhere without hearing someone yell the opposition slogan “people power!” or seeing their blue and red flag on cars, houses and motorcycles. In the end, however, CCM’s Magufuli won by 59% of the vote, much to the disappointment of the Lowassa supporters. In the weeks following the election the country seemed to have a big collective hangover. All the excitement of change was brought back down to earth and life became set to return to normal.

But things have not returned to normal. Despite being the candidate of CCM, a party known for its corruption and semi-authoritarian style of politics, Magufuli has seized the presidential win as an opportunity to bring change from the top, within the very CCM-based institutions that have remained corrupt and failed to develop over decades.

In his first day in office he made a surprise visit to the Tanzanian Revenue Authority, only to find six of seven workers in one office mysteriously missing on a Friday afternoon (unfortunately a trend in Tanzanian government institutions).

A video soon went viral of his visit and soon after major officials were fired for their hand in tax evasion. The next day he was at the national hospital, where he fired a major hospital official who was responsible for planning overnight patients to sleep on the floor.

Not only has he cracked down on dysfunctional institutions, but he has tightened the national belt to its last rung. He issued an executive order in his second week that government officials are not allowed to take international trips on the national budget—trips which are often used as excuses for vacation. He has ordered tax documents from all major institutions and found major loopholes where money has been leaking out of the national budget for decades. Only a week ago his administration found that port authority had been turning a blind eye as major international companies were importing into the country without paying the required tariffs.

I volunteer in Kariakoo, the major government agricultural market in Dar es Salaam. And the winds of change finally reached us last week as a surprise visit of government officials and then the prime minister himself has made national news. Their beef with Kariakoo: it’s too dirty! In front of a cheering crowd the prime minister told the market officials to be at his office the following Monday at 10 am in order to discuss how to improve the quality of the notoriously dirty and dysfunctional market.

Perhaps my favorite of Magufuli's politics has been "cleaning day." Several weeks ago he made another executive order that on December 9, the country's Independence Day, rather than taking the day off, all citizens should instead take up a broom and clean their workspace.

“How can we celebrate our country’s independence when our citizens are dying of cholera?” he proclaimed. As a worker at Kariakoo Market, I joined in on the fun as vendors, salaried employees, and even customers took to the dirty soko (“market” in Swahili) with hundreds of brooms and rags, as trucks with big speakers passed by reminding everyone to keep working and that there would be a fine for littering. Many hands made light work and the place looked pretty decent.

The vibe in Dar es Salaam on cleaning day, and since Magufuli has taken office, is one of hope for the future of Tanzania. The president and his direct, no-messing around version of politics has swept up the nation, and myself along with him. You can’t walk down the street without hearing his slogan, “here, it’s all work.” It is still early, and hard to tell whether these symbolic politics will lead to real change, but I, and everyone else are enjoying the moment, and hopeful for the future. 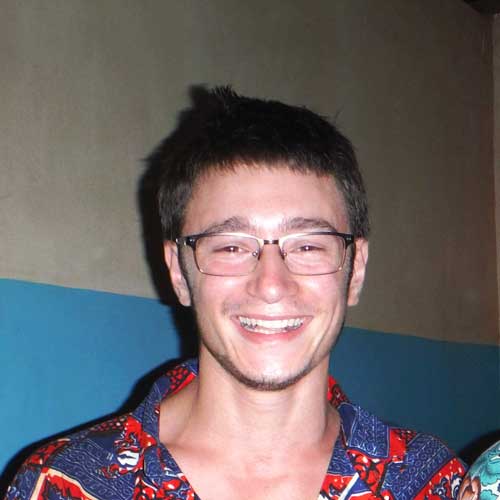 David volunteered in Tanzania with the help of a Christianson Fellowship, from the InterExchange Foundation.