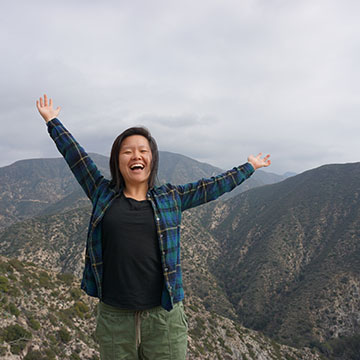 With the support of an InterExchange Foundation Christianson Fellowship, I spent six months interning with the United Nations Environment Programme in Nairobi, Kenya. I interned specifically with the Science Division in the Sustainable Development Goals (SDG) and Environment Statistics Unit.

The UN has specific targets for each SDG and indicators to measure whether the target was achieved. For example, one of the targets for SDG 6 (“Ensure availability and sustainable management of water and sanitation for all”) is to achieve universal and equitable access to safe and affordable drinking water for all by 2030. The indicator for this target is the proportion of the population using safely managed drinking water services.

The role of the unit I interned with is to develop international statistics methodology to measure the environmental dimension of sustainable development and increase the capacity of countries to report on those indicators. I developed data products and training materials for UN Member States and the public.

Throughout my time as an intern abroad, my cultural awareness grew immensely. Here are the four major ways this transpired:

1) Working in an international team

Multiculturalism is a core value of the UN and that was reflected in the immense diversity of the staff I worked with. Growing up in Southern California, I thought that LA was a multicultural place, but interning at the UN gave me a new definition to what multiculturalism really is. 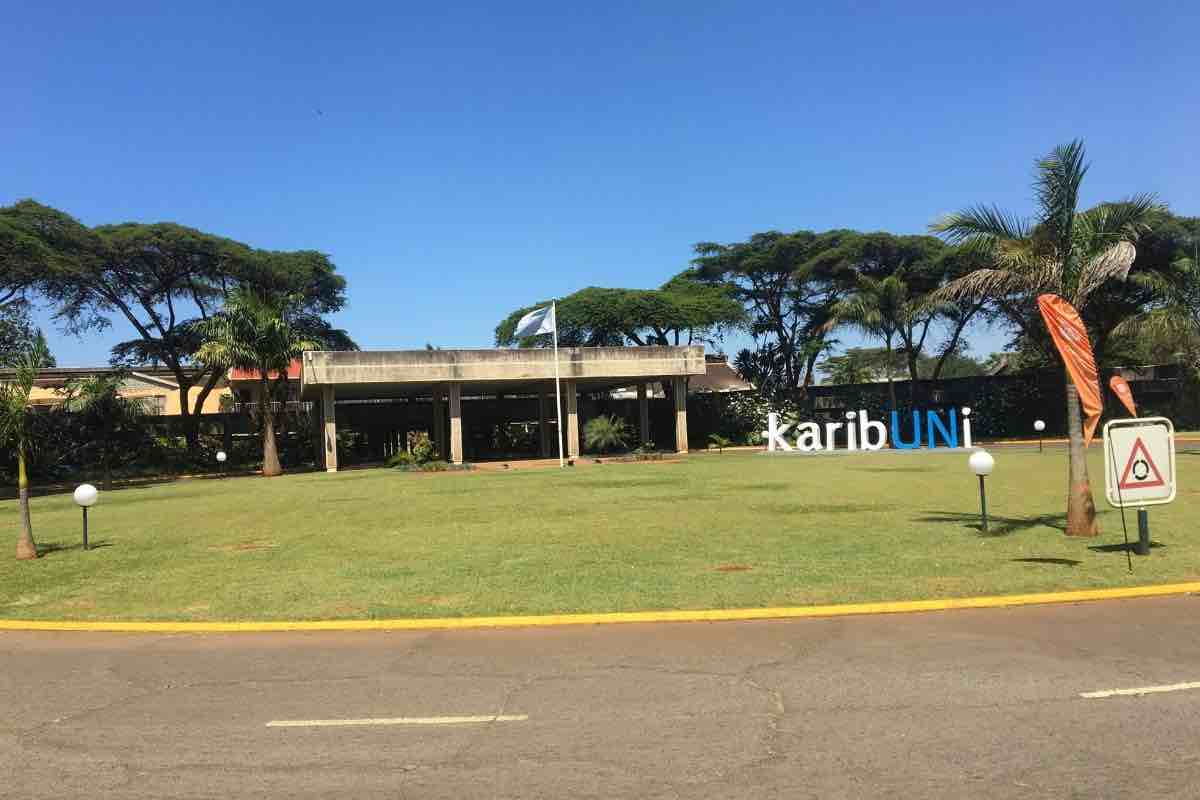 My small unit had nationals from Lebanon, Denmark, the U.S., Canada, and Kenya. Working in that diverse team gave me a new perspective on what work-place professionalism means. What is acceptable in one country may be taboo in another and we all had to learn how to find a middle ground in daily work-place interactions.

On my last day, our entire unit had a coffee break together and we learned that our mothers were all the same. My 45-year-old Korean-American mother and my supervisor’s 60-year-old Lebanese mother were both waiting for us to come back home to cook us our favorite foods.

My unit works closely with statisticians in different countries to determine what sort of methodology is feasible in their countries. Some more developed countries want a rigorous methodology, while developing countries might only have the capacity to use coarse data gathering. When developing data products, I had to be cognizant of the different levels of national capacity.

Our unit makes data available online on more than 1,000 indicators so that national offices and the public can have access to it. When creating training materials (i.e., PowerPoint presentations on online data tools and international statistical methodologies), the context and national priorities of the countries receiving the training was a priority.

Every two years, the UN Environment Assembly (UNEA) meets at the UN Environment headquarters in Nairobi. At UNEA, Member States write and approve resolutions through long hours of international negotiations. During negotiations, the draft resolution is projected onto a large screen for all delegates to see. As they make comments and changes to the draft, a screen editor has to reflect those changes live on the screen so that the delegates can see all the changes that have been agreed upon. 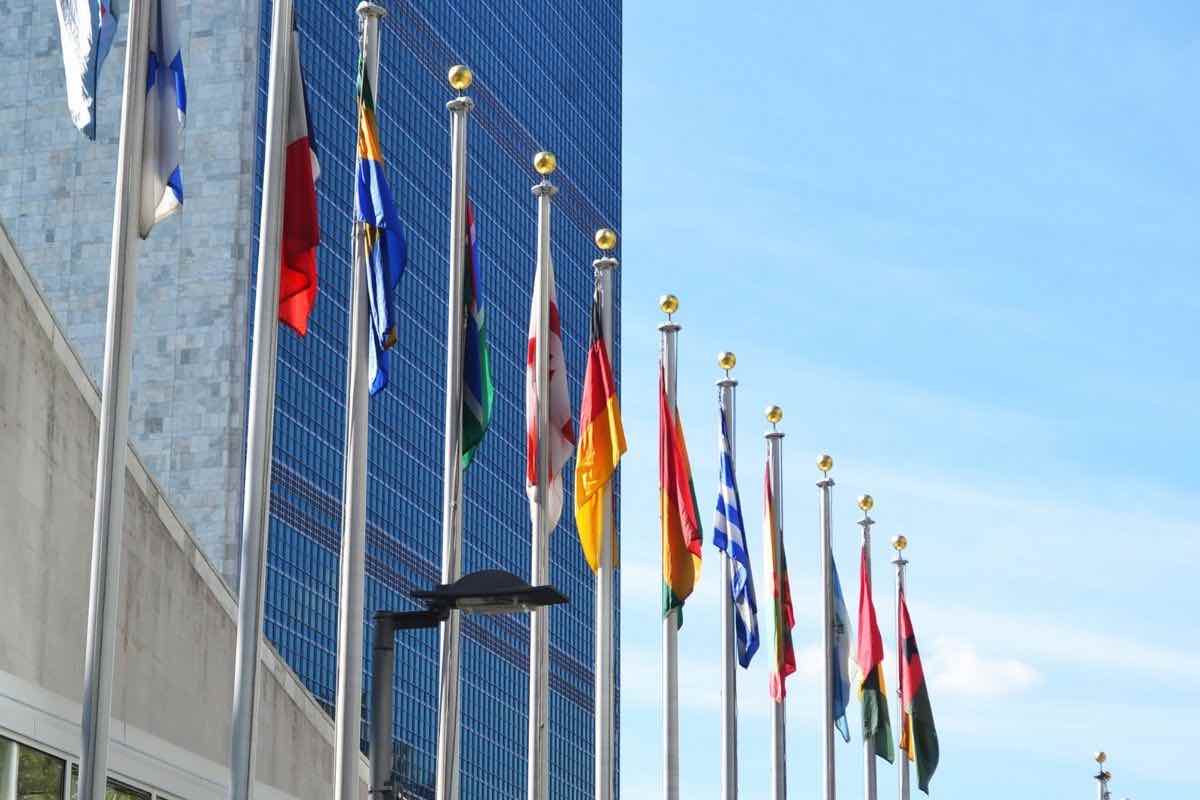 I had the opportunity to volunteer as a screen editor at the UNEA’s fourth gathering and saw first-hand what international negotiations look like. I had one-on-one conversations with the delegates from Brazil, the U.S., Argentina, Peru, and Costa Rica and even got a box of tea from the Sri Lankan delegate!

During the negotiations, I often had to ask my colleagues why a certain country was so adamant about a particular position, and through their explanations I was able to understand the country’s national priorities and how their domestic policies might be reflected in international negotiations.

4) Living with interns from all over the world

A big part of my cross-cultural exchange experience in Nairobi was my shared house two blocks from the UN where I lived with 10 other interns and consultants. My housemates were from all over the world and our conversations were as diverse as our nationalities.

My Brazilian roommate and I decided to host a Brazilian dinner one night and that ignited a host of international dinners. The following weeks we had an Indian dinner, a Spanish dinner, an American dinner, and a Belgian breakfast. It just so happened that four of us in the house were also part of the LGBT community and through our conversations I learned what it was like to be queer in Romania, Brazil, Ecuador, and Belgium. 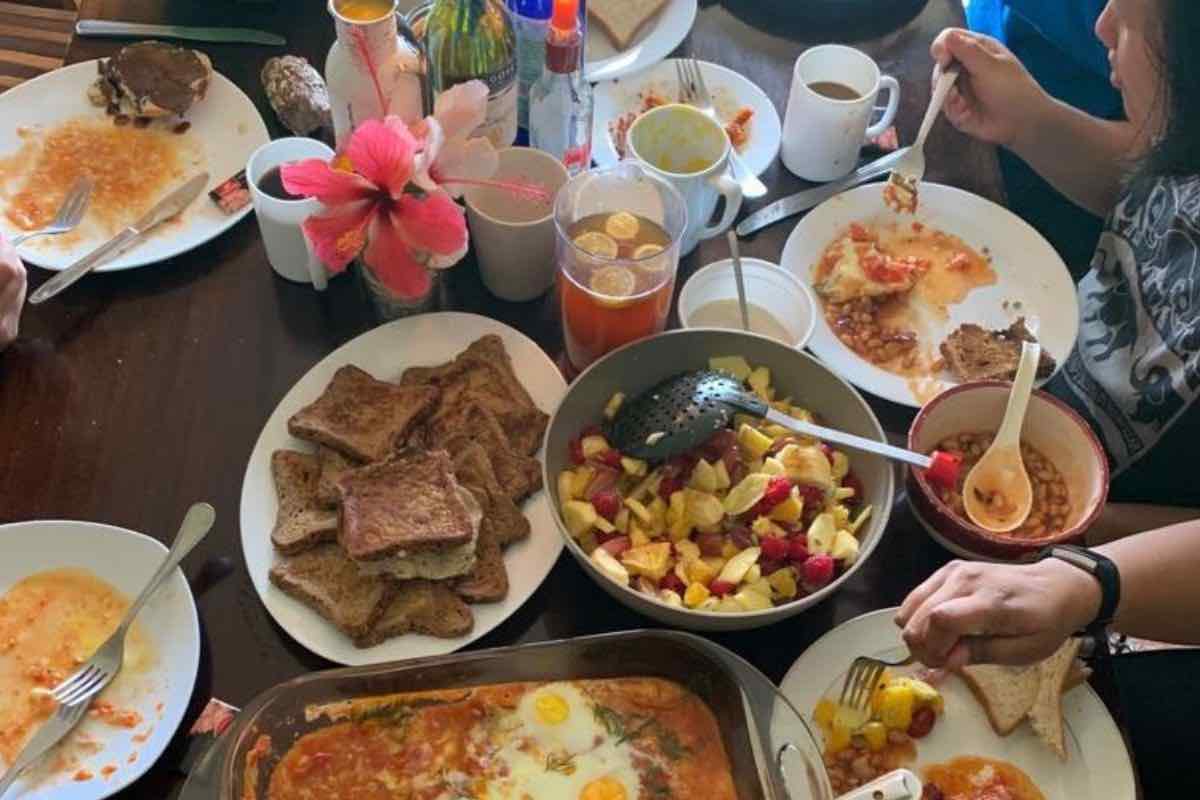 Enjoying an international meal with my housemates. Image courtesy of Angela K.

The true power of international travel dawned on me when I realized that I had built a home and a family with this group of friends from all over the world. We had different upbringings, cultures, education, and hobbies, but we still came together twice a week to share a family dinner.

In addition to the cross-cultural exchanges, I grew a lot as a young professional while interning abroad. I developed my skills and contributed very useful products for my unit. These include:

My entire experience in Nairobi has been truly life changing. The technical skills I developed through working on projects for my unit, the professional contacts I made, and the friends who will be part of my life for years to come are just part of what my time in Nairobi has given me. 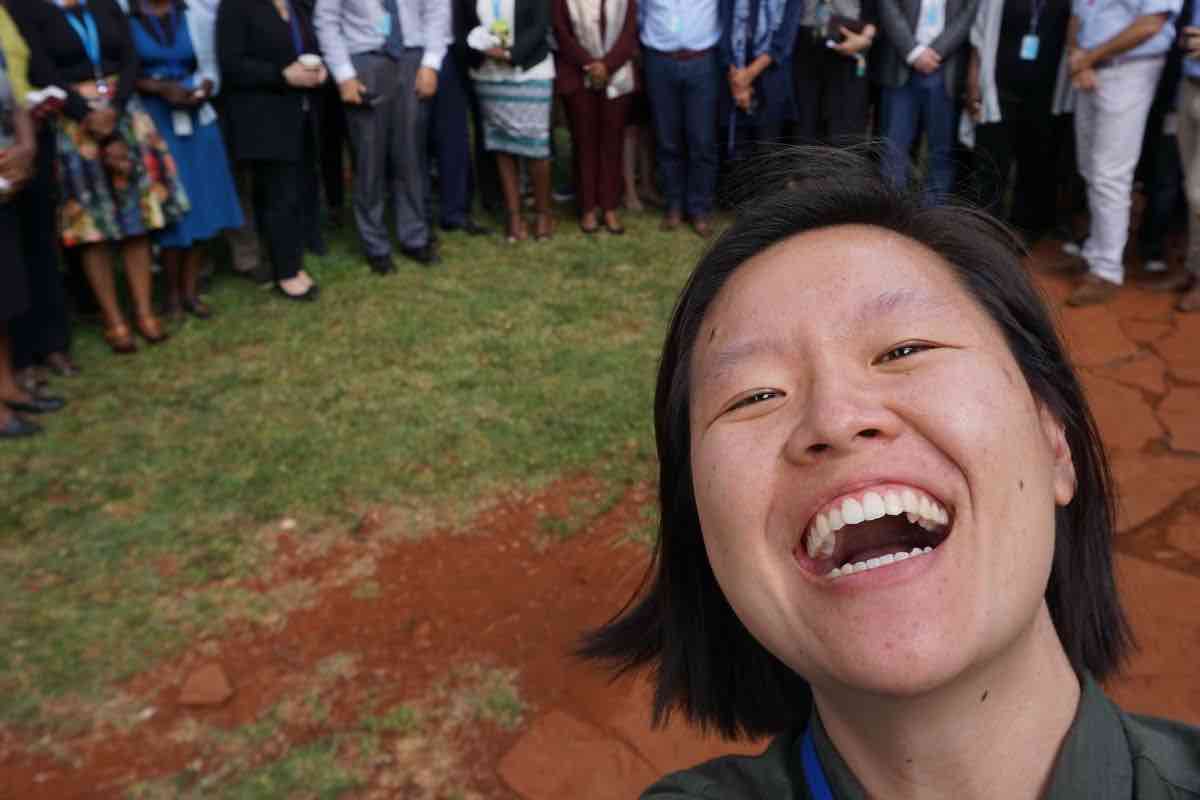 Selfie outside the UN office in Nairobi, Kenya. Image courtesy of Angela K.

Beyond that, I also feel that I’ve changed internally somehow. You can read and watch TV shows about different cultures, but it’s not until you build a personal connection with someone that you really understand the power of cross-cultural exchange. Halfway through my internship I realized what the Christianson Fellowship is really about and I am so grateful for it.

Living abroad has really expanded my horizons. I now feel like I can move anywhere in the world and make good friends! While I decided to come back to the U.S. for the time being, working and living abroad again is in my mid-term plans and I will always be an advocate for young people to live abroad at least once in their lives.

Angela Kim volunteered in Kenya with the help of a Christianson Fellowship, from the InterExchange Foundation.