While teaching health and science at the Mariposa DR Foundation—an organization devoted to empowering and educating girls and young women in the Dominican Republic to end generational poverty—Mexican-American Christianson Fellow Beatriz ("Betty") D. is reminded of the importance of promoting inter-Latin American unity and recognizing Afro-Latinidad, a narrative that is often ignored. 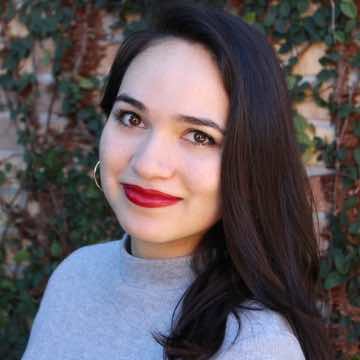 Mariposa DR Foundation is located next to La Cienega, a five-minute drive from Callejón de La Loma (a neighborhood in Caberete, Dominican Republic). In the morning, the Foundation is crowded with 36 of our youngest, and most energetic, Maripositas eager to start the day. After attendance, the girls hurry to wash their hands and settle down at the table to eat a healthy breakfast. Breakfast usually turns into story time with the girls telling me about their family members and asking me about family and my home in Mexico.

A recurring theme in my conversations with Mariposa girls is the disunity between Latin American countries despite their shared language, history of colonialism, and traditions. 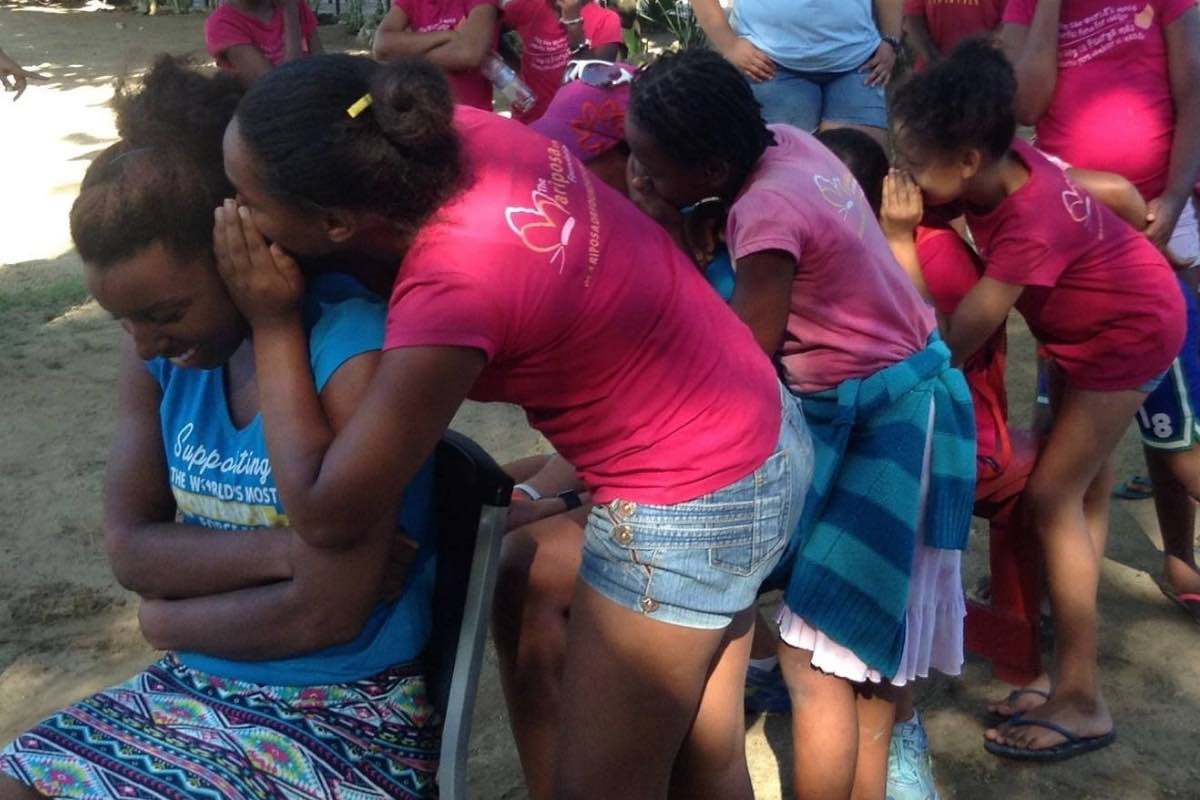 The perception Latin American countries have of each other is limited by geographical isolation, and often, inaccurate portrayals of these countries in the news and telenovelas (television soap operas).

Due to the long history of American imperialism in Latin America, the socio-cultural development of the Dominican Republic has been more strongly influenced by American culture rather than by its Latin American neighbors. Most of the girls can point to New York City on a map and name a couple of boroughs, but they have a hard time locating Mexico and other Latin American countries.

Despite the popularity of Mexican telenovelas, these shows don’t allow the girls to make connections between Dominican and Mexican culture. A lot of the Mariposas are surprised when I tell them that arroz con leche (rice with milk) and bizcocho de tres leches (three milks cake), popular desserts in the DR, are traditional desserts in Mexico.

To address the lack of awareness about Mexican culture, my coworker Johana and I prepared an early celebration for Día de los Muertos (The Day of the Dead)—a Mexican holiday that commemorates loved ones who have passed away. This was a great way for the girls to learn about indigenous practices still present in Mexico and gain exposure to a different perception of death. 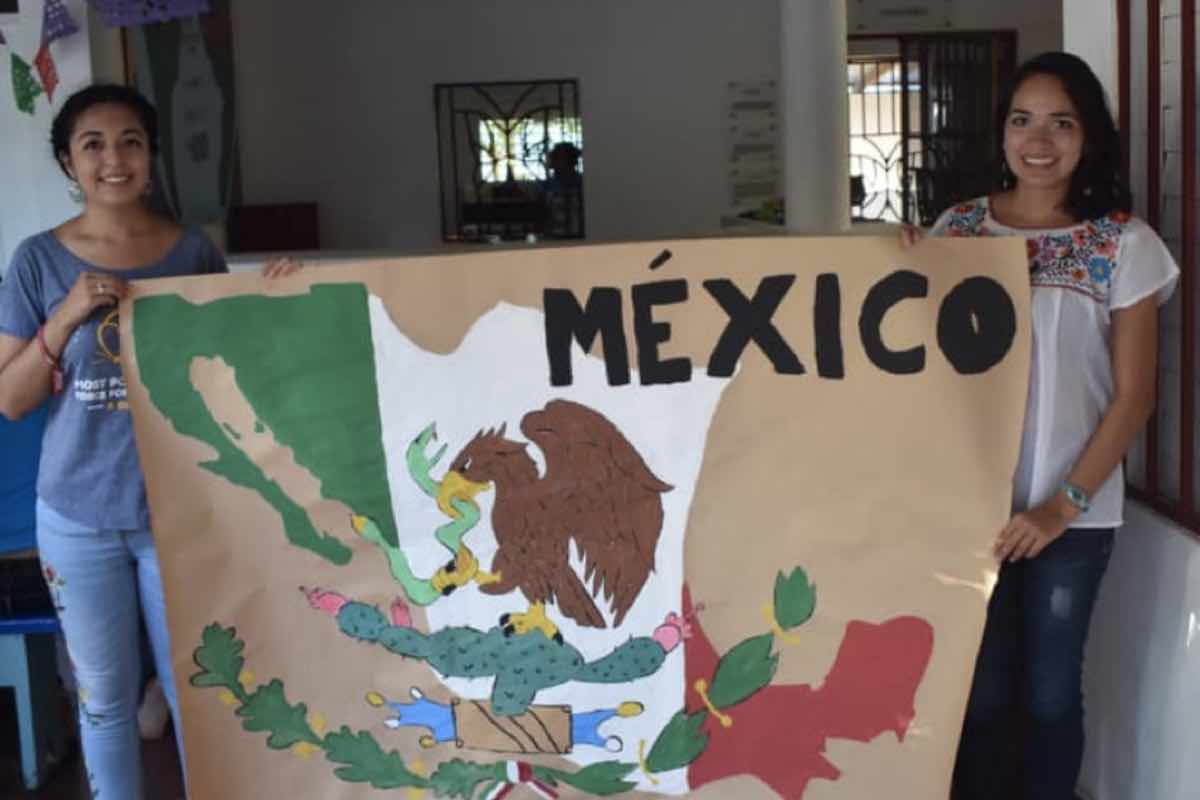 Johana and Betty share a Mexican tradition with the Mariposa girls. Image courtesy of Betty D.

Johana and I started the event with a presentation explaining the indigenous and Catholic origins of Día de los Muertos. As a result of the prominent American influence, a lot of the girls thought the holiday was the same as Halloween. Days before the event, many of the older girls claimed the event was against their religion because they had heard that it was a celebration of witchcraft. 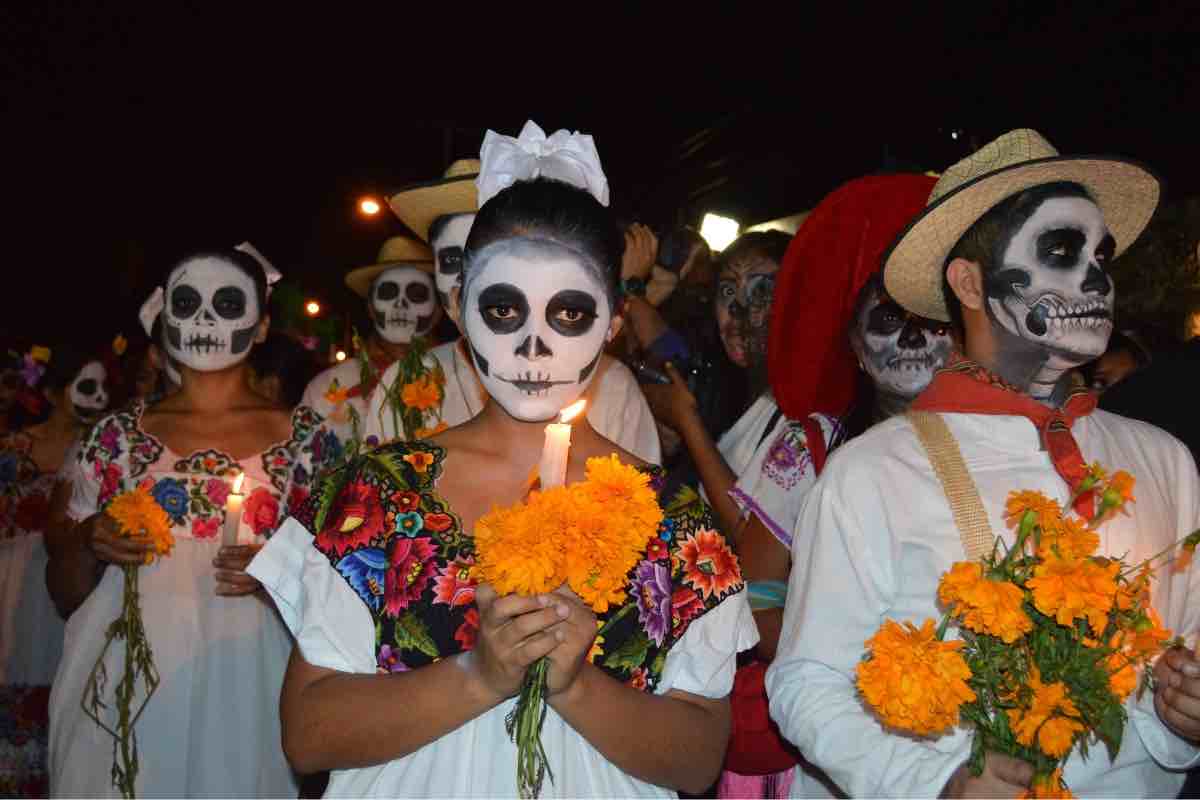 Day of the Dead Celebration in Mexico. Image courtesy of Pixabay.

In our presentation, Johana and I addressed all of the girls’ questions and misconceptions of Día de los Muertos. We emphasized that this holiday is non-religious and a way for families in Mexico to remember and celebrate loved ones. 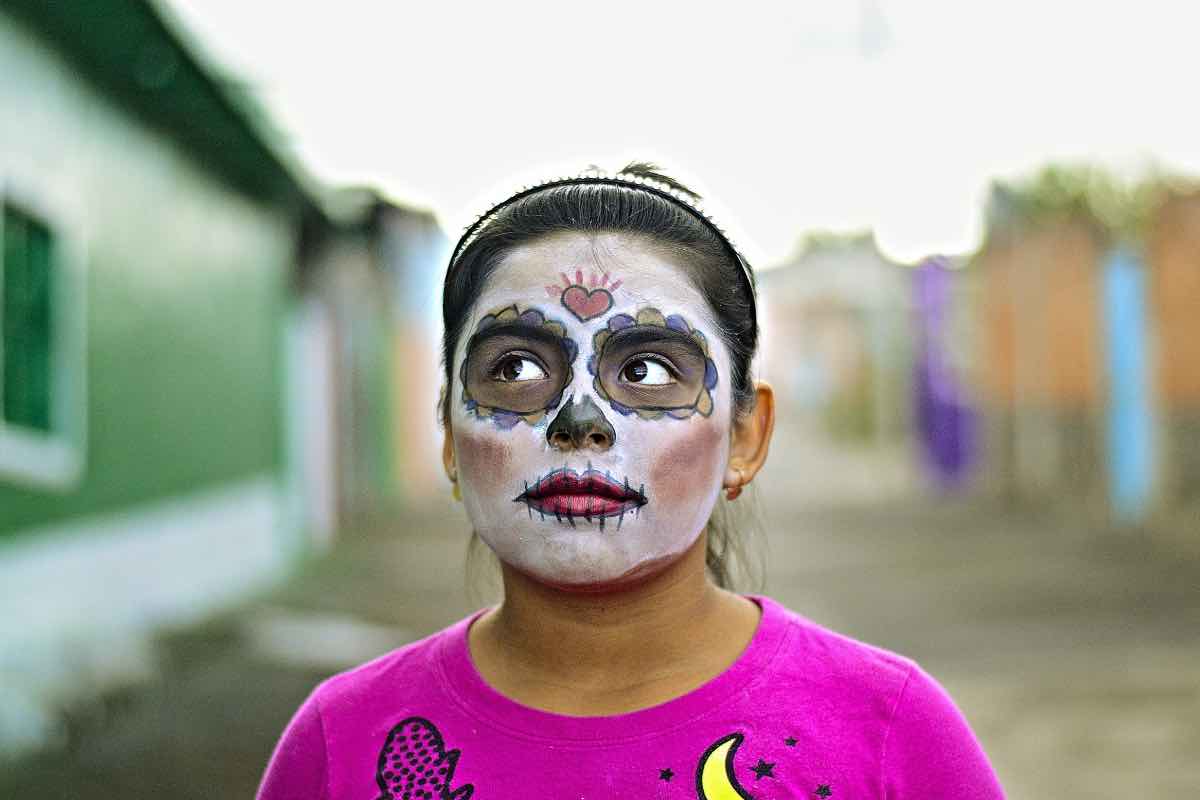 Day of the Dead face paint. Image courtesy of Unsplash.

After the presentation, the Mariposas decorated a mascara de La Catrina (Day of the Dead Mask), learned to dance cumbia (a folkloric rhythm and dance originating in Colombia that spread to Mexico and other Latin American countries), watched Coco (a 3D-animated film inspired by the Day of the Dead holiday), and reflected on their loved ones. All of the girls, even the ones initially skeptical about Día de los Muertos, had a lot of fun participating in the activities and asked a lot of follow up questions. At the end of the event, we gave each of the girls a slice of Pan de Muertos, traditional sweet Mexican bread enjoyed on this holiday. 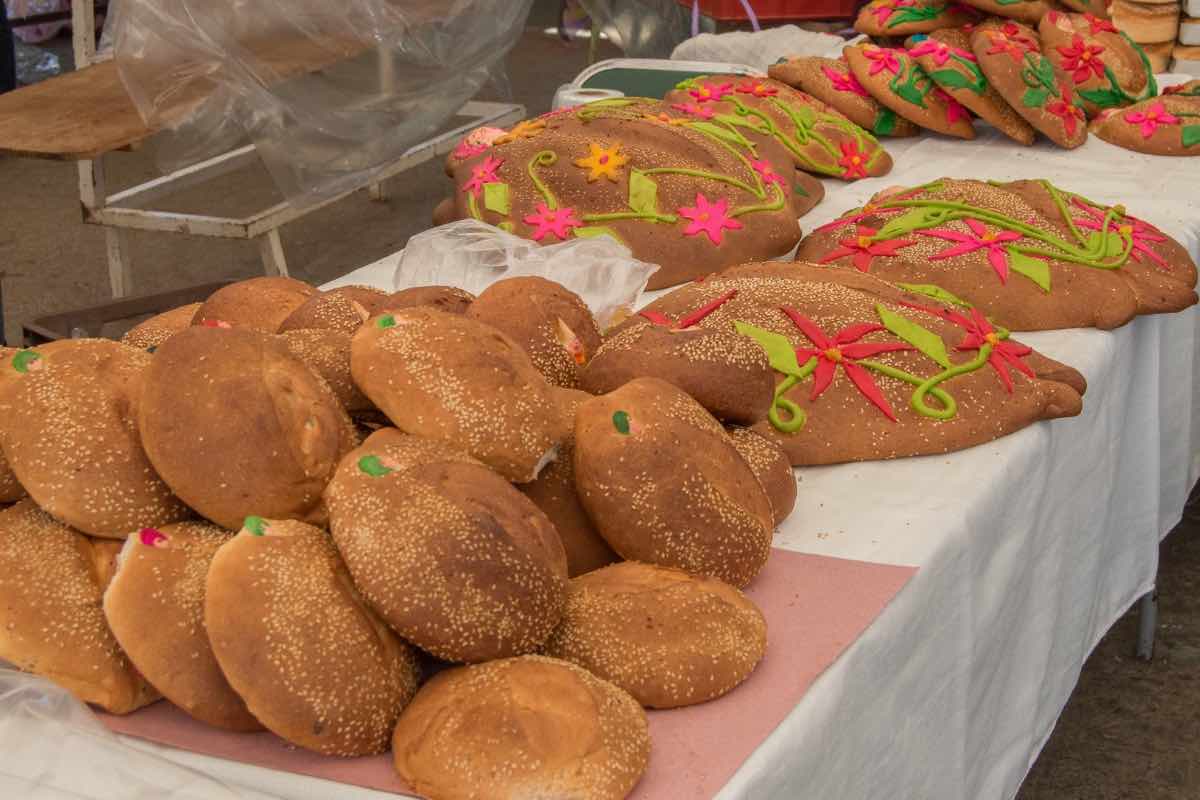 A lack of unity is also common among Dominicans and Haitians. The island of Hispaniola is shared by Haiti and the Dominican Republic, separated only by an imaginary line and a long history of political and cultural tensions. The historical tensions manifest in the anti-Haitian sentiment deeply embedded in Dominican culture and government policies. Many Dominicans, descendants of Haitian immigrants, distance themselves from their heritage.

Among the Mariposas, it’s clear that some girls take pride in their Haitian background while others shy away from it. Mariposa creates a comfortable space for the girls to ask questions and gain a deeper understanding of their heritage through activism classes focused on identity. The Foundation also provides a place for the girls to get exposure to other people’s cultures due to the flow of international long-term volunteers.

On October 13th, Mariposa hosted its own Border of Lights celebration, an intercultural celebration to commemorate the lives lost during the Parsley Massacre (a mass killing of Haitians and Dominicans of Haitian descent) on the Haitian-Dominican border in 1937. The event was also an opportunity to bring Dominicans and Haitians together, and to show the rich cultural traditions Haiti has brought to the DR. 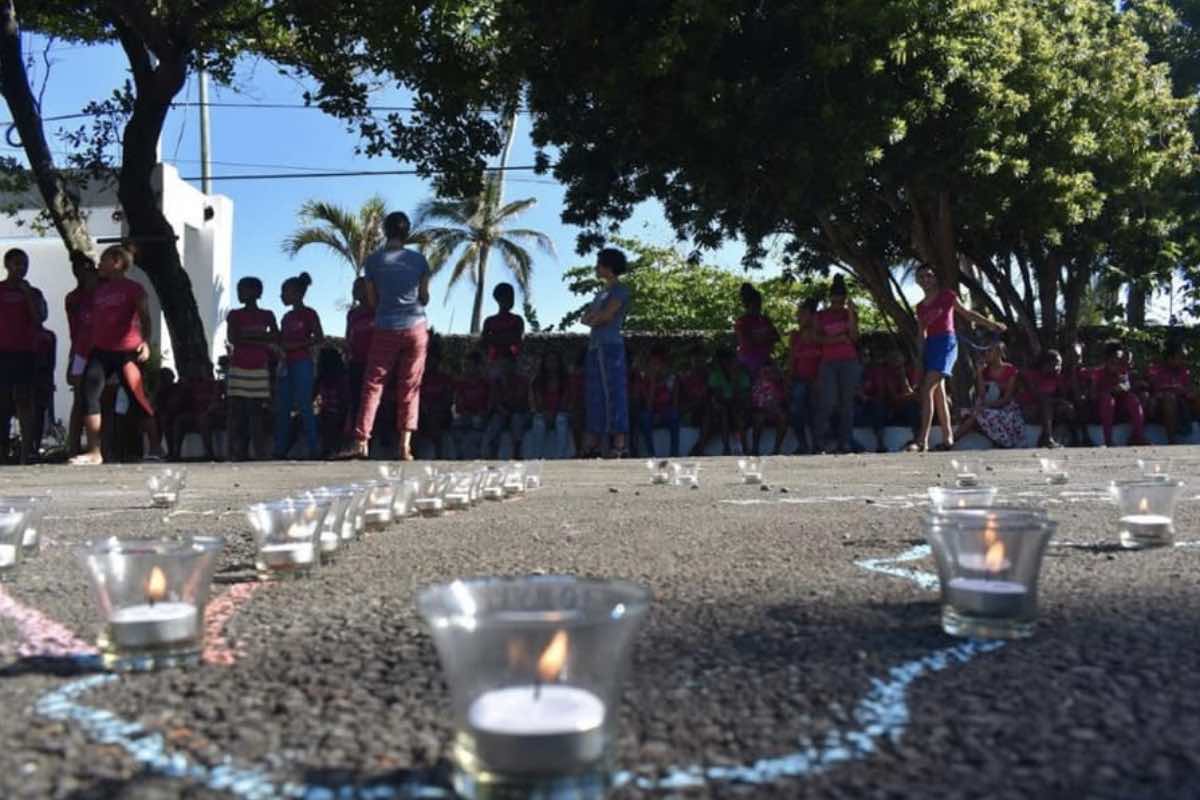 Candlelight vigil at the Border of Lights event to commemorate the lives lost during the Parsley massacre. Image courtesy of Betty D.

During the event, the Mariposas took a basic Creole lesson, tried Haitian sweets, and learned about life in the bateyes, rural communities centered on sugar-cane plantations. The oldest Mariposas from the activism class took a lead role in the event by preparing an art installation with images from Haiti and delivering a small presentation of Haiti’s history. Border of Lights culminated with a closing ceremony where a Haitian dance group performed and invited the audience to join.

My work with the Mariposas has reminded me of the importance of promoting inter-Latin American unity and of recognizing Afro-Latinidad, a narrative that is often ignored by many Latin American countries. As my time at Mariposa progresses, I will continue sharing my Mexican traditions with the Mariposas and learning more about Haitian and Dominican ones.

Betty volunteered in the Dominican Republic with the help of a Christianson Fellowship, from the InterExchange Foundation.