Reflections on HIV Prevention in Khayelitsha

As a Christianson Fellow, I had the opportunity to do work that combined my clinical knowledge as a nurse, strategic thinking as a public health practitioner and love for cultural exchange.

The Doctors without Borders/Médecins Sans Frontières (MSF) project in Khayelitsha, South Africa focuses on developing new models to prevent, treat and eradicate HIV and tuberculosis. As part of the HIV team, I was plunged into the field of infectious disease and was rudely awakened by how far away South Africa is from speaking about HIV as a thing of the past—with over one in 10 South Africans currently living with the virus. The grip that the epidemic still has in countries like South Africa instilled a sense of urgency within me.

I had two main projects—the first was to research all the HIV-positive babies born in Khayelitsha in the past year, in order to identify individual and system failures that led to the transmission from mother to child. A fellow intern and I poured over maternal medical records to determine the key risk factors in each case study. The results of this project are still being analyzed by MSF and the Department of Health, and will inform future Prevention of Mother-to-Child Transmission (PMTCT) interventions. A committee of PMTCT practitioners who initiated the project will also use the results to improve their practice.

My second major project was to develop a protocol for a Pre-Exposure Prophylaxis (PrEP) pilot. PrEP is an HIV-prevention method in which HIV-negative people take daily medication to reduce their risk of becoming infected. MSF Khayelitsha intends to make this medication available to high-risk young women. In December 2015, South Africa became the second country in the world (after the U.S.) to register this medication. Because I began my internship in February 2016, just two months after the drug was registered, I felt I was delving into somewhat unchartered waters.

Education about this new topic is crucial, so I helped organize Q&A sessions within the organization and for some of our partners, including Grassroots Soccer and the Future Positives Program of the Children’s Radio Foundation. The latter even organized a radio show on the subject. Every one of these sessions presented an opportunity to hear new opinions about PrEP and brainstorm ways to overcome challenges.

Equally important is the cross-cultural understanding that developed as a result of my internship. I was told many times that I wasn’t a “typical” American, which I hope meant that I gently challenged the stereotypes that many South Africans have about Americans. People in Khayelitsha were respectful of my desire to engage with one of the many challenges the township faces.

I also learned a lot more about the complexity of South African culture. While I lived in Cape Town previously as a Fulbright student, I had worked in a predominantly “coloured” (the South African term for someone of mixed ethnic origin), rural, and Afrikaans-speaking community. This time I worked in a predominantly black, urban and Xhosa-speaking township. Seeing these two South African experiences opened my eyes to the many different communities within this one country—with 11 official languages and multiple realities, still kept far too separate due to the lingering effects of apartheid.

I had studied the forced displacement of South Africa’s black and brown communities into townships, but it wasn’t until I worked in a township that I fully understood the impact this has had on the social and economic fabric of the country. The difference between city and township could mean the difference between first-world and third-world standards of living. However, while I was devastated by the poverty and disease in townships like Khayelitsha, I also saw the potential within them. People who live in Cape Town’s affluent city center speak of the townships (a mere half an hour away) in foreboding tones, as if they are danger zones to be avoided at all costs. In reality, they are a central part of Cape Town and house a huge proportion of its residents.

While the crime and poverty are certainly existent in the townships, they are also are full of schools, hospitals, churches, houses of every shape and size, creativity, music, brilliant people, and social movements—in other words, a vibrant community. After this experience, I look to the townships not with fear, but with hope that they can become the safe and healthy homes that their residents deserve. 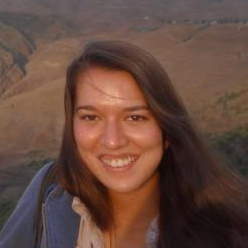 Alysha volunteered in South Africa with the help of a Christianson Fellowship, from the InterExchange Foundation.