I will be forever grateful to the InterExchange Foundation for providing me with the opportunity to study and work abroad in Cusco, Peru. Receiving the Working Abroad Grant is one of the highlights of my life. The Grant enabled me to travel to Cusco and live out my dream without limitation. Many times people live within limitation, and one of the primary limitations is money. People feel that they cannot achieve a goal or even adventure to try because they do not have enough money or some other material resource. Receiving the Grant showed me that if I have a desire to do something and I stay focused and keep compassion in my heart and actions, phenomenal things are possible.

When I first got to Cusco it felt surreal. I recall getting off the plane in the airport, and going to get my baggage. As I stood at the small baggage claim, sounded by large windows with an amazing view of the Andes Mountains I noticed a mask on the wall. The mask was a replica of an Ancient Incan mask that I had seen two weeks prior to my trip when I visited a museum in St. Louis. They had an exhibit on ancient Peruvian civilization. Upon seeing the mask in the airport I knew that my past and present were at the convex of my future and it was going to be bright. I also knew that it was my destiny to be in Peru, and that my past, present, and future were all headed in the right direction.

Papa Willy is the Director of the Manicipalidad Del Cusco. The Manicipalidad handles many of the city’s operations, from local business to trash and tourism. On June 24, 2008 there was a festival called Inti Raymi. Inti Raymi is the Festival of the Sun, and is an ancient Incan ritual. The festival takes place every year in June in the ruins of Sacsaywoman. I made an arrangement with Papa Willy that if he would give me a press pass to see the historical event of Inti Raymi I would provide the Municipalidad Del Cusco with photos of the event that they could in turn use for press and promotional use. The festival was amazing. I had the perfect view and was able to align my perspective with a historical experience, and I witnessed some phenomenal things. I gained a deeper understanding and reverence for Peruvian culture and history all the while becoming more and more enchanted with the pulchritude of the Andes region. Again, I was very fortunate.

The Amauta Spanish School is full of pleasant people who I became friends with very easily. In truth, most of the friends I made wound up being people who worked at the school. My teachers were wonderful. All of them had a passion to teach and loved being a catalyst for the improvement of each student. When I first got to Peru I was thinking in Spanish, and trying to say everything I thought. I seemed to be doing well, but I had a little trouble every now and then. As time went on I realized that I hardly knew anything and sometimes the task of learning Spanish seemed daunting. Everything was in Spanish 24 hours a day; my family, my school, traveling, and mostly every encounter. Many of the students in the school spoke English after class and hung around each other always speaking English and the only time they would speak Spanish was in class or when they had to purchase something in a store. I however wanted to speak Spanish all the time, and embrace the opportunity of the full emersion. After the second week of school I began to become very frustrated. I wanted to be fluent, and for my Spanish to flow without hesitation, but it now seemed that my teachers in the school had taught me so many new terms, and verb tenses that I became insecure and often frustrated. As I later learned my frustration was only part of the process of learning a language, and after I stopped giving my inadequacies so much thought I really began to improve. I now speak casi-fluido (almost fluent) and my Spanish is at a point where I often understand all of what is being said to me and around me. When I am having a conversation and I have trouble thinking of the correct word to complete my statement I can usually find a substitute or explain what I am trying to say in Spanish and the person is able to give me the word. I thought I was conversational with Spanish when I first got to Peru, but now my conversations have fluidity and I have a lot more confidence. I plan on continuing to learn more Spanish, and will place myself in environments where I can use my Spanish. A friend of mine told me that it is very important to keep it up, because if you do not use the language you can easily forget it. I do not plan on losing the efforts of my hard work, and the gift that and opportunity of a life time afforded me.

While I was in Cusco I was able to travel to see many different places. The contrast between the city and the country is amazing. The contrast between the indigenous people of the Andes Mountains and where I live in the United States is profound. I saw and experienced Peruvian culture hands on. My fist weekend in Peru I went on a random trip with another guy who lived with the same host family and was taking Spanish classes at the school. His name was Greg. He’s from Canada. We decided that our first major trip would be to tour the ruins of Pisac, Ollyantaytambo, and Moray. It was a 2 day trip that was full of excitement and unexpected happenings. It was amazing. I watched the finale of the Autumnal Solstice from a mountain top in the Ollantaytambo Ruins. As I sat and stared at the ethereal imagery of my surroundings and watched the sun set and the season change from autumn to winter I felt a new sense of gratification for all the experiences in my life and I knew that change is inevitable, and was overwhelmed with happiness for how my life had changed and was changing with every moment in my new environment.

Aside from traveling and school my experience in Peru gave me an opportunity to learn about other ways of life, and interact with people whose lives had been drawn from completely different vantage points. My path intersected with youth. I worked at a place called Colibri which means humming bird. The youth at Colibri ranged in age from 3 to 16. We had some great times. I felt that the organization of Colibri was lacking structure and needed to have some new ways of operation in order to be more effective for the youth. Most of the children I worked with are known as street kids because many of them sell candy, finger puppets, and shine shoes in the streets near the main plaza. The problem is that many of the youth come from horrible home environments which lack love and discipline, and most of them do not go to school. Therefore discipline and structure is a foreign concept for some. Something that really bothered me is the family circumstances of many of the children. It broke my heart to hear stories about how if some of the children do not sell 10 soles worth of goods their parents will not feed them or sometimes will not even let them in the house. 10 soles is only about $3. Many of these kids have doors shut in their face by their own parents simply because they did not make $3. Most of the kids who sell goods in the streets are between the ages of 4 and 9. I wanted to not only help the youth develop a sense of structure and disciple for life principles but to show them love. It was very hard to develop a structure of discipline that was implemented by all staff and reinforced. We tried. Myself and a few other volunteers developed activities that used the children’s creative skills and created a fun environment. The favorite past time of most of the kids was to go to the park. Our favorite day at the park was the day I brought chalk. We wrote nice messages and drew pictures of rainbows, flowers, and butterflies. Many of the youth I worked with I would see in the street or near the plaza. For me and I believe for many of the children it was the times I would coincidentally encounter them out an about that would have the most effect on their day. I always loved walking across the plaza and hearing a little voice say “AMIGO de Colibri!!!” The excitement and happiness of those little voices made my soul brighter and I worked very hard to be a ray of light and love for each and every child that I had the privilege of meeting, and the responsibility of showing a brighter world.

In conclusion my trip to Peru was an experience of a life time, but more importantly it was a LIFE EXPERIENCE. Because of my life experience I know I am a better man. I traveled to a foreign land and extended my hand to strangers and upon touching hearts and minds I became a new person. I accomplished a goal of speaking Spanish more fluently. I made new friends from places all over the world. And at the zenith of my travels I was able to be a manifestation of compassion and happiness for youth. The InterExchange organization gave me an opportunity to travel a road that is often the least traveled, especially for youth from where I grew up. Receiving the Working Abroad Grant not only allowed my dreams to come true, but the prayers of many people to be answered. I will progress forward in my life embodying a spirit of generosity, an open mind, and a heart that is full of courage and constantly seeking change for the better.

A deep and sincere thank you to the InterExchange Foundation for providing me the opportunity to travel to Peru, as well as all the staff members who worked on my behalf to afford me the experience of a life time. I would not be who I am or have been where I was if it was not for the existence of the InterExchange foundation and the Working Abroad Grant. 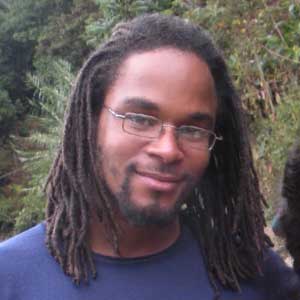 James volunteered in Cusco, Peru with the help of the InterExchange Foundation.