Chasing Everything That’s New in Thailand 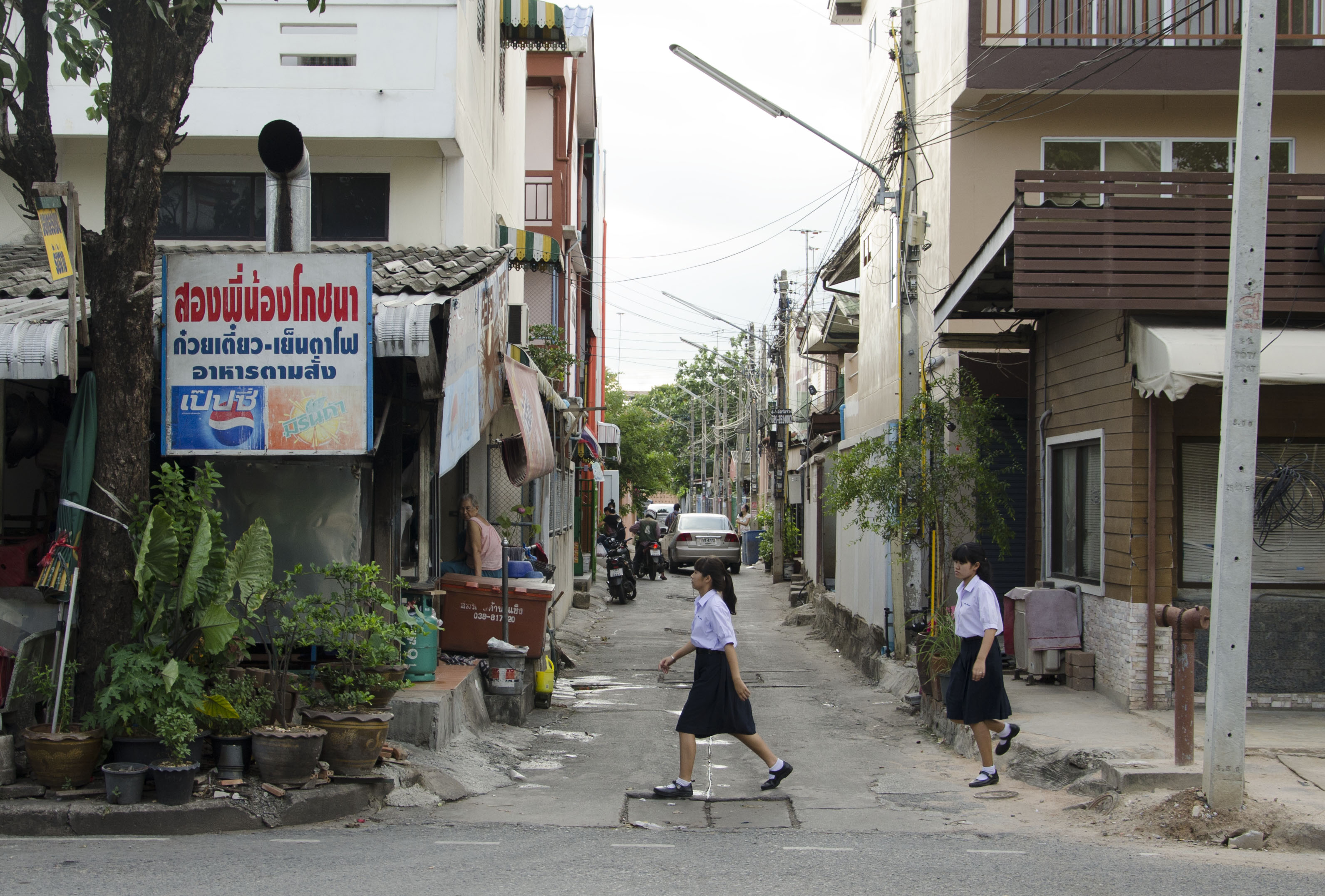 My biggest motivation when I signed up to teach English in Thailand was pretty simple.

I had always wanted to travel, but I wanted to do it in a way that was more enriching than a tourist pressing his nose against the glass and imagining what life in that foreign place would be like.

Four weeks in, and the time has delivered on every level.

After a three-day orientation in Bangkok, I arrived in the Chachoengsao Province on a Friday night with zero teaching experience and less than a handful of Thai phrases in my vocabulary. Everyone I knew in Thailand so far had loaded up in a different van and gone in a separate direction. I went to sleep that night to the sound of mopeds speeding by and cars playing Thai music outside my window.

About six o’clock the next morning brought the first taste of what I’d hoped the experience would provide. 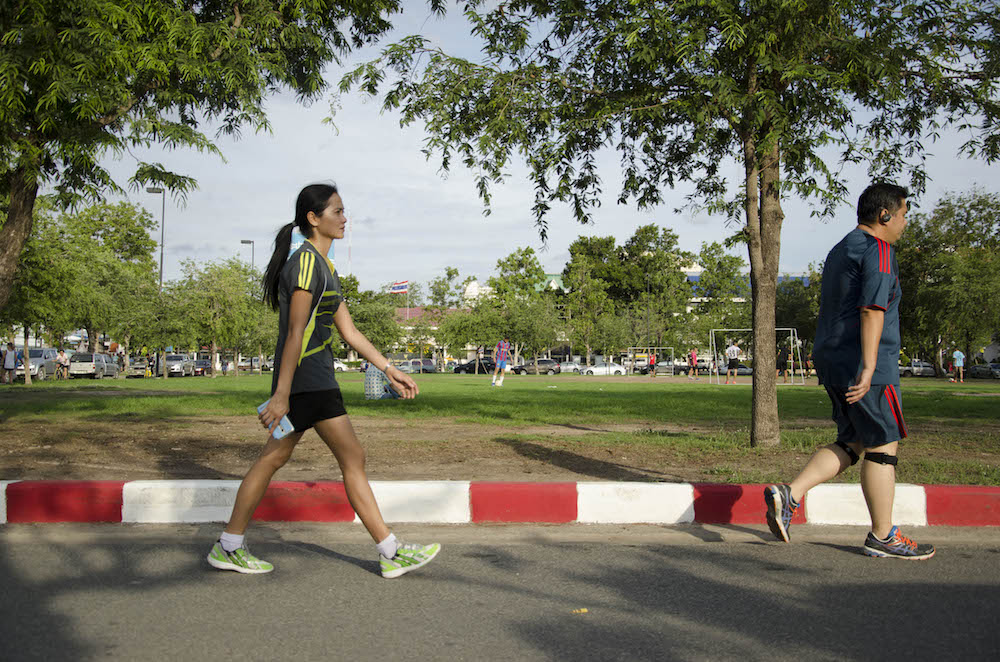 It turned out I lived one block away from a park. In the evenings this place feels like the center of the universe. The fields are crowded with people playing sports — some I’ve seen before, like soccer or badminton, and others that I recognized but have a small twist that made them interesting and different. A group of men often play what looks like a game of chess on a small table in the parking lot. They’re able to concentrate as if the activity around them were just elevator music. Many others jog and ride bikes around a road circling the park that’s bordered by a canal. Every night dozens of people participate in an aerobics class under a pavilion. Its music provides the park’s soundtrack. Street vendors line the curb selling different fruits, soups and smoothies. 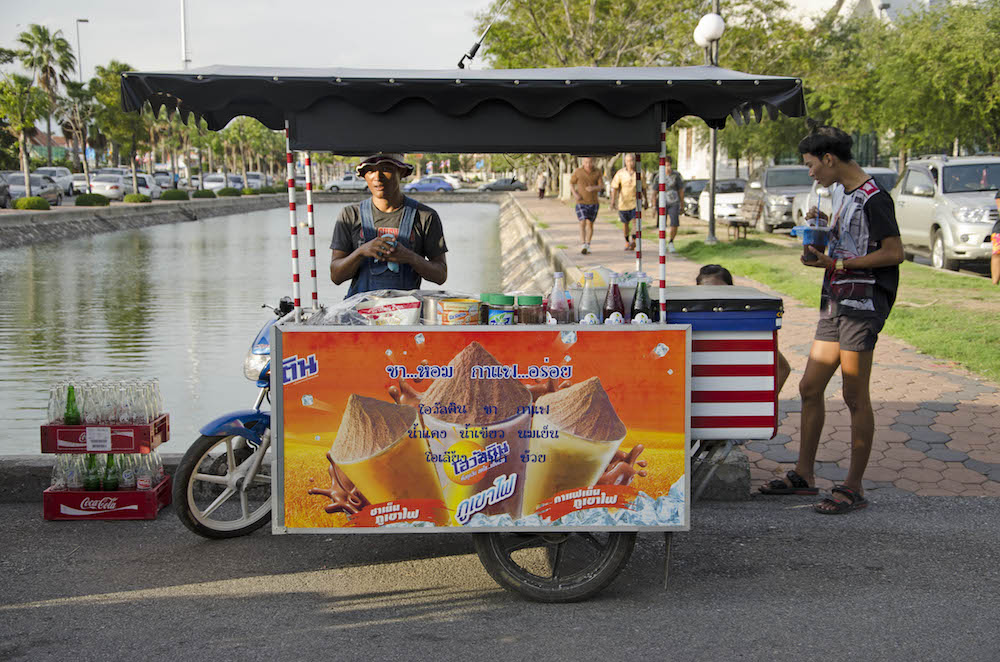 This park has been the easiest place to learn about my new city and country.

Several times already I’ve struck up a conversation with someone based purely on the fact that I’m an unfamiliar face. We talk about the similarities and differences between our two countries. They teach me new Thai phrases, suggest foods to try and write down different provinces across Thailand I should visit.

A Thai friend one night invited me to the Sanamui market, which opens once a week. As we walked through the aisles I drank bamboo juice out of a plastic bag, ate several different fruit and was offered so many free samples by vendors excited to see a foreigner that I finally had to start turning them down.

It’s easy to discover new things when you’re constantly meeting people who love their country so much.

Examples of the country’s friendliness are evident almost daily, whether it’s the coffee stand owners who smile at me every day like it’s the first time we’ve met, or the two young Thai students who found me wandering the streets of Chon Buri in the drizzling rain, flagged down a songthaew and told the driver to drop me off at the nearest bus station, or the Thai teachers at my school that bring different Thai foods to the office every day, insist I try them and then giggle when it takes me five minutes to learn how to pronounce the name.

The differences are everywhere, but I’m surprised almost as often at the amount of interests we all share. In the school hallways I debate Lionel Messi versus Cristiano Ronaldo with the students, or talk to the older students about their plans after high school — many hope to travel one day and seek the same opportunities as I do now.

Even challenging moments have been more enriching than I ever anticipated, such as watching my students engage with a classroom activity I had to improvise on the spot because the first one went up a flames.

I write this without having even mentioned Bangkok, where in only a few hours it feels like you’ve met someone from every corner of the world and had conversations that vary from politics to music to the differences between how we pronounce certain words. I also haven’t mentioned travel destinations like Koh Samet — it’s hard to imagine a place living up to such expectations, but that island is everything people say it is.

Once again, it’s only been four weeks, and there’s still so much I haven’t seen.