Have you wondered what the health care debate is all about? Or why your accident and sickness insurance works the way it does? The U.S. health care system can be difficult to understand, and the word “system” itself can be misfont-weight-lighting as different parts of it are run by hundreds of individual organizations, including the government and nonprofit and for-profit enterprises. 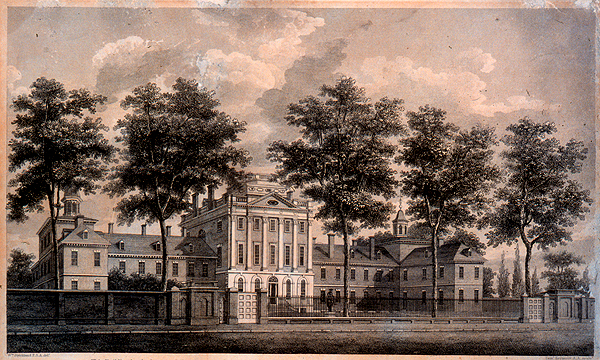 Medical care was hard to come by in the early days of the colonies, because few British trained physicians came to North America. By the mid-eighteenth century, however, New Orleans, Philadelphia and New York had founded the first major hospitals, and the first medical schools had opened. The first hospital, The Royal Hospital in New Orleans, was too expensive for the majority of residents, so they built a second hospital, The Charity Hospital, that would cater to the masses on a charitable basis. Throughout U.S. history and still today, many hospitals are run by religious organizations, and they have traditionally tended to the illnesses of the poor.

During the U.S. Civil War, the federal government and individual states began to build hospitals in each state to tend to sick and wounded soldiers. The government also began public health provisions such as clean water, sanitation services and tuberculosis control, which began to have a significant effect by the beginning of the twentieth century. Since then, health care in the U.S. has grown into a giant system run by multiple groups.

In 1965, the Medicare and Medicaid systems, which insure senior citizens and people whose earnings fall under the poverty line, were enacted by President Lyndon Johnson. This created a large federal healthcare system that covers millions of Americans. It is difficult to expand these programs to cover more people, though, because it is always a controversial issue, which most politicians do not want to broach. 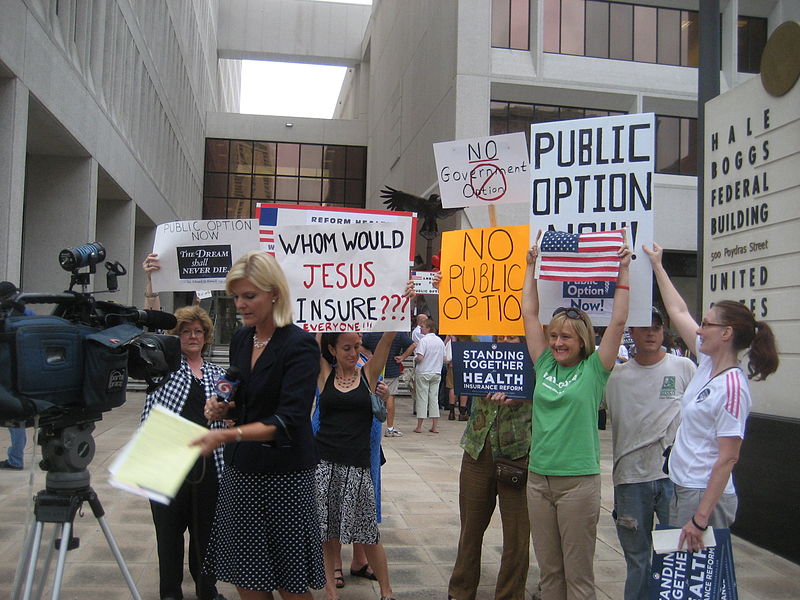 The debate over whether the government should provide health care support and how much should be provided is a long one. The first legislation, proposed by activist Dorthea Dix, was the 1854 Bill for the Benefit of the Indigent Insane. Despite passing in both houses of Congress, the bill was vetoed by President Franklin Pierce, who argued that social welfare should not rest in the hands of the federal government.

In the 1910s, when many European countries were passing legislation to nationalize medical care for their citizens, President Theodore Roosevelt tried to push the same type of legislation through in the U.S. However, he was defeated in his attempts by politicians from both main parties. The main arguments of the debate continue to be based on similar ideas today.

Those that are for universalized health care in the U.S. assert that only the federal government can ensure that all citizens are covered. In addition, the money the federal government spends now to cover emergency care for those without insurance is so high that it would be more efficient if they could have a formal system that covers everyone. One unified system would have a much greater ability to bargain with pharmaceutical companies, hospitals and equipment providers allowing them to bring down the costs of care.

However, there is a long history in the United States of wariness of federal power. The U.S. was originally designed with a weak federal government and strong state governments to protect against tyranny. Although that balance has changed dramatically over the years, many Americans still prefer to limit the power of the federal government. They argue that if health care was run by the government it would be more bureaucratic and would take choice out of patients’ hands. They feel their care would be more regulated and less individualized. They are also afraid that a large healthcare system would cost an enormous amount of money and contribute to significantly higher taxes.

Although there are several different types of coverage and states often have their own health insurance regulations, there are some aspects of the system that are similar throughout the U.S. Hospitals, clinics, doctors’ offices and other health care facilities are owned by a variety of private and public entities. Health insurance providers are generally separate companies from these and deal with a wide range of different healthcare providers.

Patients pay monthly health insurance fees to ensure that they will be covered when they need to go to the doctor, clinic or hospital. Insurance providers cover thousands of patients, so they are able to negotiate with health care providers for reduced fees and then pay for services. The Medicare or Medicaid insurance works the same way but on a bigger scale. Because they need to be able to negotiate, insurance providers generally have a network of doctors that they have agreements with, and patients are covered for visits to doctors within that network but may not be covered, or fully covered, for visits to doctors out of their network. Insurance providers will usually cover services considered necessary by doctors, but often will not cover services which are considered “elective.” Insurance companies aim to keep their costs down while still covering necessary health care.

The Patient Protection and Affordable Care Act, commonly referred to as “Obamacare,” was voted into law in 2010. Since insurance companies are private, for-profit companies, many Americans had been left uninsured because they could not afford or did not want insurance, or because they were rejected because of pre-existing conditions. The Obama administration attempted to address some of these issues with the Patient Protection and Affordable Care Act. These are some of the major provisions of the law:

Under the Patient Protection and Affordable Care Act, 11 million more Americans are insured than previously. But this legislation has come under fire from Republicans despite the fact that it was passed by both houses of Congress. Repeated attempts to stop the legislation through the courts have mostly failed, though there have been a few rulings partially in their favor. The debate over health care is likely to continue as it has for the last hundred years.