The day dawned cool and windy, but that didn’t stop more than 400 Irish university students from coming to the Gresham Hotel in Dublin to interview for summer positions for the upcoming summer 2016 J-1 Summer Work Travel exchange program.

Thanks to great US employers for traveling to Ireland to hire the best & brightest for #J1 jobs #IEXJobFair @J1USA pic.twitter.com/C1hEaliXSP

Although many students said they were nervous to be interviewed, the employers didn’t see any fear in the eyes of these courageous future ambassadors. Over 95% of students who attended received job offers! They were impressed by how easy the process was to schedule an interview and secure a job in the U.S. for the summer.

Kevin F. O’Malley, U.S. Ambassador to Ireland, spoke with many of the students and commended them for seizing the opportunity to engage in this life changing experience. Ambassador O’Malley thanked the U.S. employers for traveling to Ireland to hire the best & brightest that Ireland had to offer.

Thanks to all the employers and students who participated, and to the U.S. Embassy and Ambassador for their support. We look forward to doing it again next year! 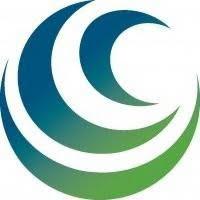