When you think of Africa, which images come to your mind first?

In the media, Africa is often equated with images of misery and foreignness, presenting as a strange, "exotic" place with enormous, deep-rooted problems despite all efforts toward Western-defined "development."

But are these the only stories that characterize an entire continent, with its centuries of rich history and in our era of fast-paced change?

Are these narratives even true?

And who is telling these stories? Who has the right to tell African stories?

Are these narratives even true?

And who is telling these stories? Who has the right to tell African stories?

These are some of the questions I've been grappling with over the past nine months during my work with Media Challenge Initiative (MCI), a startup media development organization based in Kampala, Uganda. A group of Ugandan journalists founded this youth-driven nonprofit to empower youth with the skills and mindset to drive change through media.

"Solutions journalism" in an era of fake news

In this era of "fake news," our eyes often gloss over the latest dismal story. We are numbed by the scores of negative reports that merely depress instead of inspire. At MCI, a lot of our work is focused on "solutions journalism" – the practice of finding and telling stories of innovations that are helping solve intrinsic problems like poverty and environmental degradation.

Kampala is a complex place of colorful contrasts and one of Africa's most vibrant and growing cities.

Alongside this urbanization and development are expanding zones of poverty, as scores of people from rural areas migrate for educational and economic opportunities. Piles of sewage and trash pollute critical wetlands and drainage systems that flow into Lake Victoria. Thousands of people struggle without work, especially youth aged 15-24 who make up the majority of the country's population. In 2012, the Uganda Bureau of Statistics revealed youth aged 18-30 made up 64 percent of all unemployed people.

In a country experiencing such rapid socioeconomic change, what is the role of the media, the so-called "fourth estate"? To propel or hinder growth while keeping authorities accountable?

Despite economic development, the Ugandan government has become increasingly dictatorial. The current president Yoweri Museveni has been in office for more than 30 years. In 2017, as Museveni neared the 75-year age limit for a president, his party campaigned to remove the age limit from the Constitution, sparking censorship and harassment of critical journalists.

Still, the Ugandan media is growing fast, with new outlets such as NBS Television giving real-time updates and promoting in-depth investigative coverage. In May 2018, it ran an undercover documentary exposing sexual harassment by university lecturers at Makerere University, the country's flagship institution and one of the top-ranked universities on the continent. 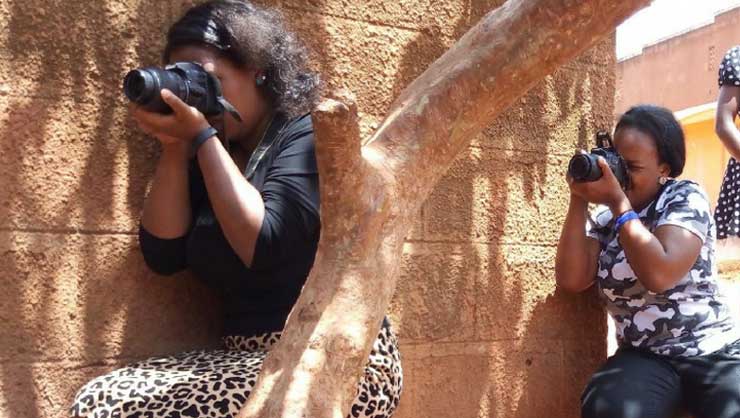 Our mission at the MCI is to promote employment of youth in the media industry and train young journalists to improve the quality and impact of the media. We aim to build the media as a strong institution that holds authorities and institutions accountable in an era of fast change.

Empowering the next generation of Ugandan journalists

Since I joined the MCI in August 2017 as the Programs and Strategy Director, it's been a crazy ride. We've launched a series of new programs for young journalists, including a journalism training program in 12 universities to complement the schools' curriculums, which are mostly based on theory. We visited each university, providing practical training in mobile (smartphone) journalism and participatory radio journalism, as well as organizing live broadcast news reporting auditions. 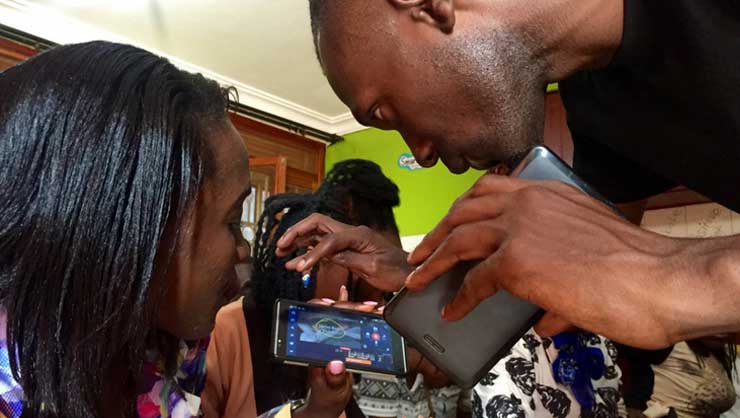 From the university visits, we identified the top 10 students from each school to participate in the first Media Challenge Expo, a three-day event. On the first day, we organized a conference with media leaders discussing journalism education, the role of the media in development, and gender inequities in the industry. 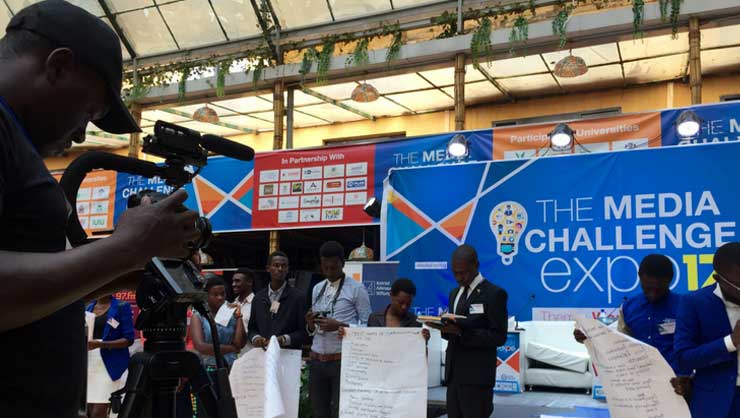 On the second day, we held the first journalism career fair in the country where student journalists networked with 28 media houses and participated in 14 hands-on skills building sessions focused on digital skills and topics such as political and investigative reporting.

On the final day, 10 teams of journalism students competed to produce a multimedia news bulletin sourced from the expo events and receive comments from a panel of experienced judges. One week later, we hosted the Media Challenge Awards, a black-tie event recognizing the best of the student journalism and the most impactful mainstream media. 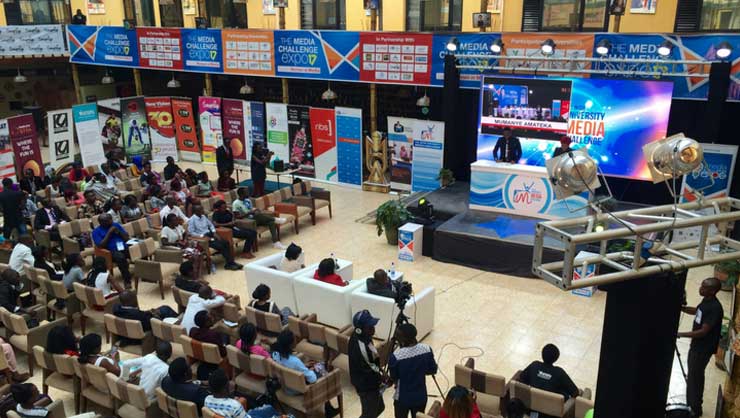 Building a one man/woman-army journalist in Uganda

In February 2018, we launched an intensive multimedia skills training program for the top 26 journalism students. The inaugural Media Challenge Fellowship Program is designed to build a "One Man/Woman-Army Journalist"—a journalist with skills in video, radio, writing, photography, and online journalism—and nurture rising journalists as leaders who take responsibility as change-makers in society.

So far, we've held two weeks of the program focused on intensive multimedia skills, solutions journalism, and youth-radio reporting. It's been amazing to see the fellows blossom during hands-on training. More than that, it's been an incredible experience to bring students together across universities, encouraging cross-campus networks that we hope will sustain as the fellows enter their careers.

For me this year has been an enormous learning experience, not only in strategic development, but also in the true power of mentorship to help young people reach their potential.

While interviewing journalism students to help us design programs, one girl told me that her dream was to be a news anchor on BBC. When she told her classmates about her dream, they laughed at her, thinking it impossible that she could ever leave Uganda for work.

"We need mentors," the girl told me. "We need someone to encourage us."

This year I've realized the power of such mentorship, both from experts but also from peers, and witnessed young journalists come to life with encouragement and individual care. 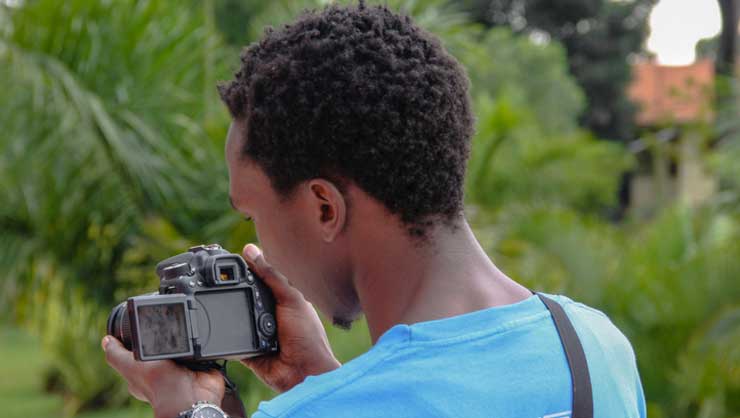 To improve media and help youth get jobs in Uganda, we need to create connection and opportunities for them to succeed. We need to create structures with mentors who believe in youth, so that these young leaders will believe in themselves. Young people have all the potential to drive change in their societies—they just need a stepping-stone.

I want to thank the InterExchange Foundation so much for the opportunity to work and learn with the Media Challenge Initiative this year with the support of a Christianson Fellowship. 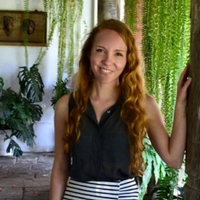 Annika volunteered in Uganda with the help of a Christianson Foundation, from the InterExchange Foundation.