Think Big: What I Learned About U.S. Culture

It was still daylight when I entered the queue. Tourists from all over the world waited patiently in the line, walked through security checks and got excited once they came closer to the elevators. Service personnel were apparent at all time and guided the crowd of travelers through the luxurious halls. Almost one hour later, I stood right next to ten strangers in a narrow elevator to go up to the 86th floor. The doors opened, I turned left and saw the most impressive scenery I have ever seen: While I was waiting downstairs, the dawning sky revealed a beautiful sunset. From the rooftop of the Empire State Building, I saw it turning the horizon over New York City into all colors one can imagine.

These are the moments that make your stay abroad special and memorable, the ones you will tell your kids about. However, it really is the day-to-day life in a country that teaches you about a nation’s culture. I took part in InterExchange’s Career Training USA program, in which I had the opportunity to do an internship at Draeger Safety in Pittsburgh, Pennsylvania for three months. Living and working in an American city truly helped me understand how Americans think and act, what affects their daily lives and what their habits are. 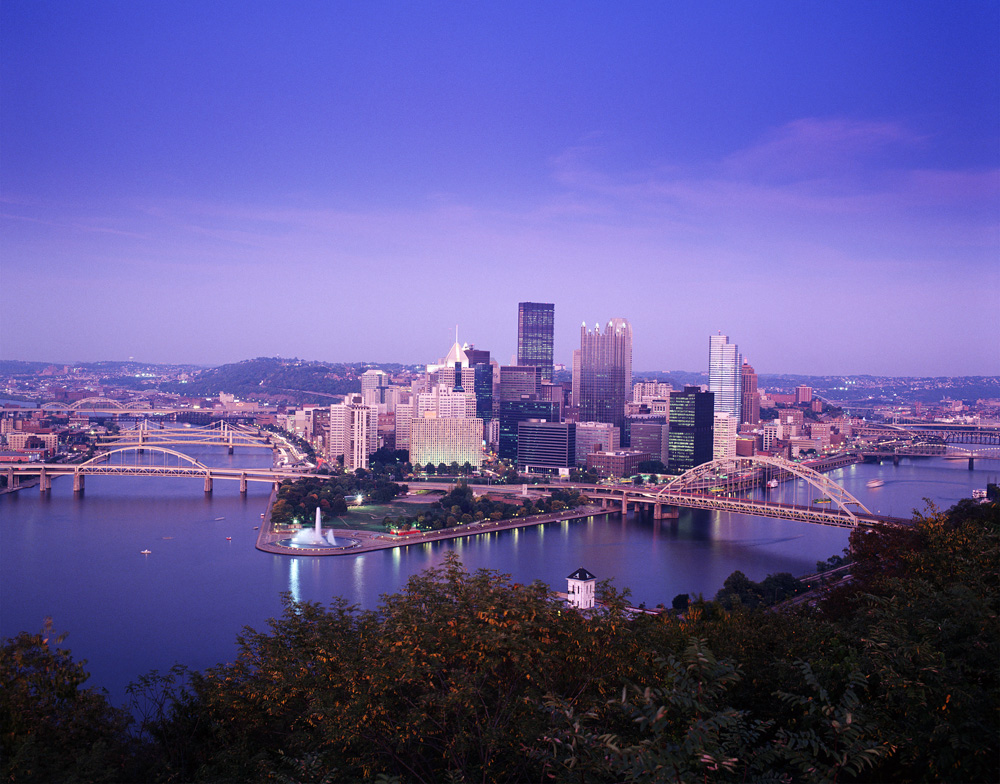 You would think life in the U.S. and Germany is quite similar since they are both Western industrialized countries, but the differences lie in the details. Little things like sausage patties and peanut butter for breakfast instead of the German baked rolls with ham or the lack of knowledge about European soccer clubs took me some time to get used to. Of course, the daily use of English is a big difference and affects your life massively. In the end, I already heard my thoughts in English language.

Although there are literally hundreds of more slight differences I could write about, three things surprised me most about life the U.S. and the culture of American people.

First of all, people in Pittsburgh (and I would assume in the U.S. in general) are genuinely friendly and open-minded. My supervisor and co-workers from the office welcomed me in the kindest way by offering their help in various manners, showing me around the city and providing advice for work-related topics and what to do in my free time. A popular stereotype I always hear about people in the U.S. is that they are friendly but superficial. Now I know that this is not true, because I honestly found new friends and felt that they entrusted me more than someone who only acts superficial. During Easter, I was even invited to an American family’s house, although these people got to know me the same day and all other lunch guests were their direct relatives.

On the other hand, my second observation about American culture fulfills one well-known stereotype, namely “Everything’s big in America”. Cars, buildings, streets, meals, shops…literally everything is almost double or triple the size compared to what I am used to in Europe. Of course, the enormous size of the land and 320 million people in the U.S. contributed to the development of those preferences, but it is not only bound to objects. I would describe it as U.S.-citizens “think big” in every occasion. They have to get the best possible (highest paid) job, build the best (biggest) house and have the most fun, what I experienced at several sports events such as baseball or hockey. Surely you can find an explanation for this behavior in the American history, derived from the time when European conquistadors first came to the new continent. It is just surprising that the mentality of achieving is still apparent today.

Thirdly, I experienced that Americans value hard work at every life-stage and in every part of their lives. High school sportsmen work out every day to receive a scholarship to pay for their tuition fees; college students go to lectures, work part-time and do internships all at once; co-workers told me they would never take off from work more than a week and people volunteer for example in church communities. Hard work is appreciated and rewarded in the American culture and especially inside the office.

All in all I felt that I learned dozens of lessons during my short three-months stay in the U.S. Not only that I learned about the American culture and about work-related topics, I also learned something about myself and became more mature over the time. Going abroad helps you to deal with stress, organize yourself and makes you less sensitive for taking risks. After I came back from the U.S., I felt that I could take every challenge that will arise and would be able to settle everywhere my career would take me. On the other hand, I also felt that Germany is the country I want to live in. This is where I know how people behave, where I am able to speak my native language and where I have my family and friends.

These were exactly my thoughts when the plane turned onto the highway and accelerated rapidly until it took off over the skyline of New York City, where I had my greatest experience, and finally broke through the clouds to bring me back home.