Don’t be surprised when your American friends ask you: “how do you usually pitch in back at home?” The culture of volunteering (synonyms: to pitch in, to chip in, or to help) has a very long history in the United States and is one of the most prominent American values since the country’s founding. Americans spend about 52 hours per year volunteering to different causes that are important to them and/ or are present in their communities and globally.

Not sure which cause you want to get involved in and where to get started?

Increased heat waves, wildfires, rising sea levels and flooding - these are just a few of the examples of how climate change is impacting weather patterns in the U.S. and globally. A lot of people in the U.S. make a conscious effort to contribute towards this cause by changing their day-to-day lifestyle - reducing or eliminating the use of plastic, eating more plant-based foods, composting food scraps and using less water and electricity.

The Gottesman Hall of Planet Earth and the Biodiversity and Environmental Halls at the Museum of Natural History in NYC show how our planet works and offer an inspiring vision of the spectacular beauty and abundance of life on Earth. Make sure to book your admission ticket online and in advance. 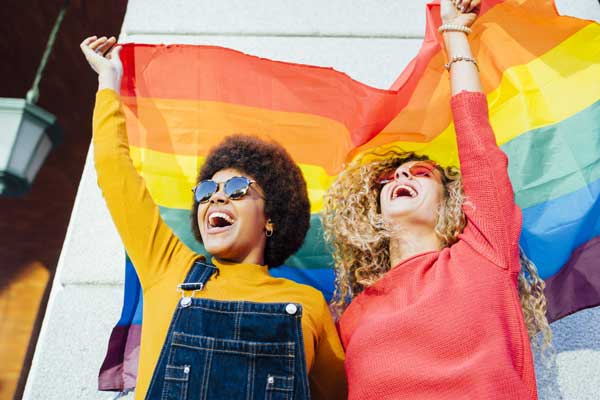 Being lesbian, gay, bisexual, transgender, queer and intersex (LGBTQI+) for a lot of people means living with daily discrimination. This discrimination and lack of social protection could be based on one’s sexual orientation (who you’re attracted to); gender identity (how you define yourself, irrespective of your biological sex), gender expression (how you express your gender through your clothing, hair or make-up), or sex characteristics (for example, your genitals, chromosomes, reproductive organs, or hormone levels).

Each June signals the start of Pride month in the U.S. - a time when people of all backgrounds come together to support the LGBTQI+ community and the progress towards equality.

In the U.S., you may notice people use gender-neutral terms like “partner” when asking about someone’s spouse (instead of husband/wife) or partner (instead of boyfriend/girlfriend). It is also not uncommon for people to respectfully ask questions like “What are your pronouns?” or “How do you identify?” rather than assuming someone's sexual orientation or gender identity.

In the U.S., hunger-relief organizations like Feeding America with their nationwide network of food banks and pantries, distribute more than 4 billion meals to people in need each year. It’s very common to volunteer for this cause by helping sort, pack, deliver and distribute meals. Those who are not able to volunteer their time, donate canned food items to local food banks.

When you’re walking in big cities like New York City, Philadelphia, Los Angeles, Chicago or Boston, you may see the so-called community fridges. Anyone can put food in and take food out without limit. This new initiative not only addresses food insecurity but also helps with food waste.

The term DEI stands for Diversity, Equity and Inclusion. The Spring 2020 protests for social justice across the U.S. have shown the world that Black Americans and people from other marginalized groups face a range of challenges. This cause is about bringing change in policies and systems to promote a safe and supportive environment for all members of society.

A lot of organizations in the U.S., including InterExchange, have a staff-led DEI committee. Feel free to ask your host employer if such a committee exists and if there is an opportunity to participate. 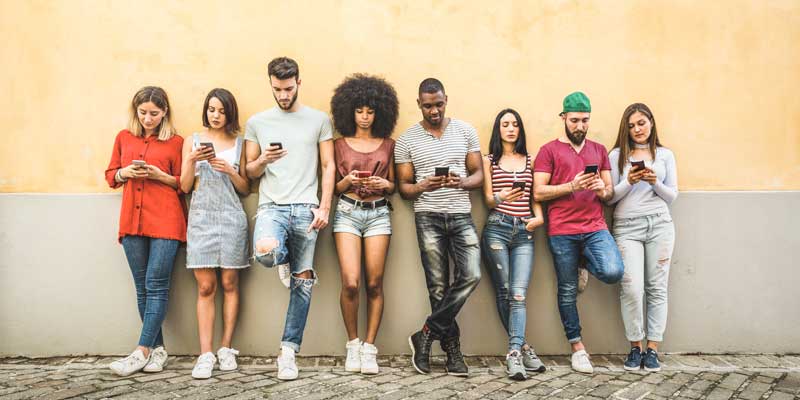 How do you know what you’re reading, sharing or watching online (or in print) is true? A lot of people today acknowledge the importance of critical thinking, fact checking and evaluating news sources while consuming, re-sharing and reposting information.

Boost your media literacy skills by creating a free account with the NewseumED. Watch out, they have a myriad of resources so engaging, you may find yourself browsing and learning for hours! :)

The animal rights movement strives to create a more fair world in which animals are treated humanely, with understanding and respect. In the U.S., supporting local animal shelters by adopting and fostering animals, helping with socializing cats and walking dogs, and cleaning animal living spaces are a few examples of how Americans support this cause.

Additional ways to pitch in include joining Meatless Mondays and purchasing cruelty free cosmetics - such beauty products are marked with the logo that says “not tested on animals” or “cruelty free”. 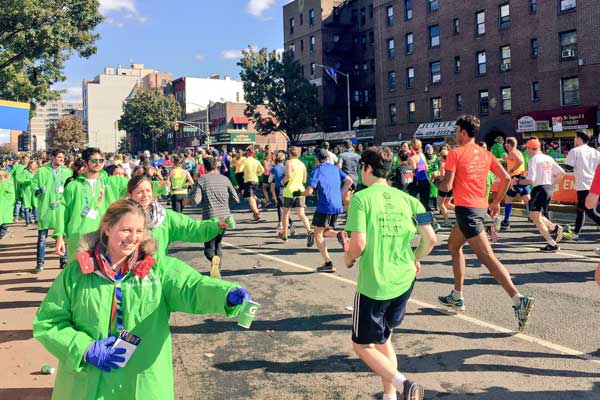 Did you know that BridgeUSA program participants are the largest volunteer group at the annual TCS NYC Marathon? If you’d like to join the group and have an unforgettable experience, go ahead and create a profile with New York Road Runners and pick ‘Interexchange/US State Department J-1’ as your volunteer group name. 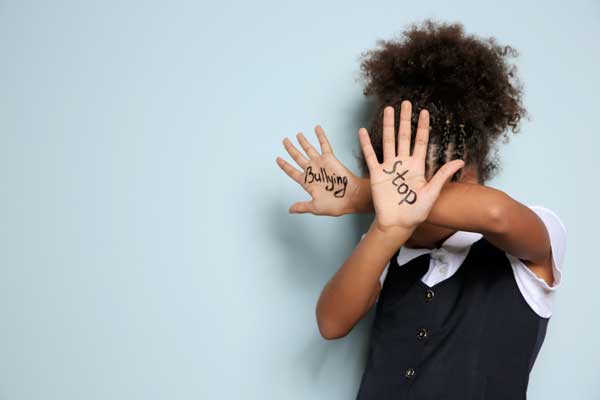 Bullying affects people of all ages and in different ways: mental health, substance use, and suicide. With cyberbullying and online “haters” being the fastest-growing type of harassment, organizations like The Cybersmile Foundation educate and enable individuals in the U.S. and around the world to be a part of the solution.

October is National Bullying Prevention month in the U.S. No matter where you are in the world, everyone can take a stand against bullying by learning more about the issue and what we can do to prevent it. 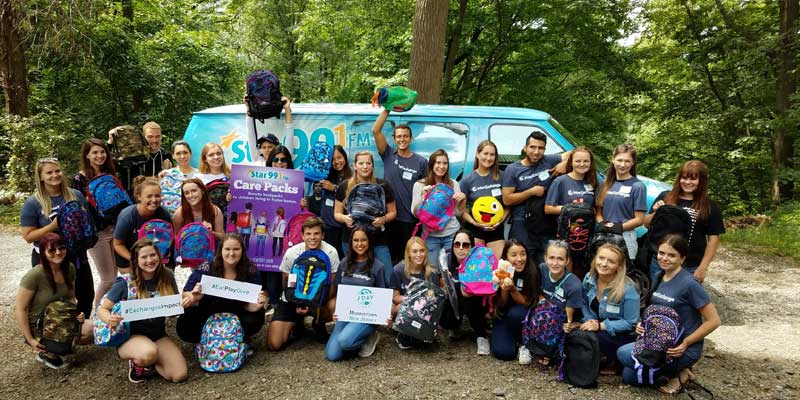 August marks the beginning of the “back to school” sales at supermarkets and department stores in the U.S. This is the time when students and their parents actively purchase school supplies, clothing and electronic devices. Unfortunately, not everyone has the means to purchase everything they need for the upcoming school year.

Backpacks, notebooks, pencils, binders, calculators, etc. - these supplies can be donated at local churches, Goodwill and Red Cross locations to help kids in need to cross these items off their back-to-school shopping lists. 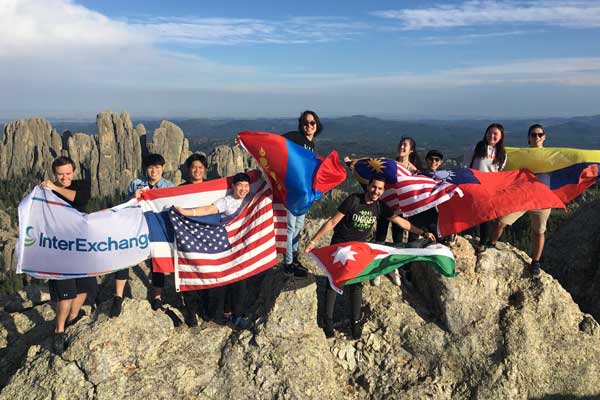 Being a global citizen is not just a trendy expression. By committing to expanding your personal horizons through global learning and cultural understanding, you are able to effect change in a meaningful way on both small and large scales.

By participating in the BridgeUSA cultural exchange program with InterExchange, you are taking an active step in being a global citizen. Why would you recommend this exchange experience to others and how can they practice being global citizens while in the U.S. and in their home country? Feel free to share your thoughts by tagging @InterExchange on social media.